General Hospital Spoilers: Valentin Finds Out Nina’s Baby Lived, Grills Madeline for Details – Nina Gets the Shock of Her Life 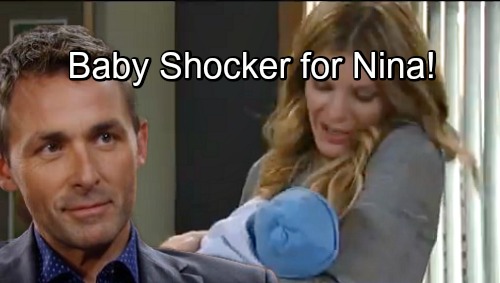 General Hospital (GH) spoilers tease that Valentin Cassadine (James Patrick Stuart) could have a very enlightening meeting. He recently called the prison warden with an important goal in mind. Valentin wants to visit a prisoner, so this could be where Madeline Reeves’ (Donna Mills) return will come into play.

Madeline is set to make her comeback by the end of the month, which means the timing fits. General Hospital spoilers say Valentin will uncover a stunning family secret on August 20. Could it come from Madeline? Instead of a Cassadine bombshell, perhaps this will involve Nina (Michelle Stafford) and her mother. There could be a shocker that’s been buried for decades.

Nina put up with a lot in her complicated marriage, but the Peter August (Wes Ramsey) drama was the last straw. She couldn’t handle the fact that Valentin took baby Heinrik and handed him over to his evil father, Cesar Faison (Anders Hove). Valentin has been trying to atone for that sin ever since, so he’s always watched over Peter and helped him out along the way.

Still, this blow really got to Nina. She desperately wants a child of her own, but she’s been told that she can never have one. Knowing that Valentin would do that to Heinrik was too much for her heart to take. She just doesn’t see him in the same light anymore.

Nina had an opportunity to be a mother once upon a time, but it didn’t pan out. She supposedly lost a baby when she fell into a coma, which lasted for 20 years. However, there’s a chance that baby survived after all.

Many General Hospital fans are hoping a long-lost child story is in the works. Some viewers have speculated that Kiki Jerome (Hayley Erin) could actually be Nina’s daughter instead of Ava Jerome’s (Maura West). Of course, GH could also use this as an easy entrance for a new character.

Valentin is a talented and experienced spy, so he knows how to get the real scoop. Does he believe Nina’s child could still be alive? If Valentin has discovered some hints that point in that direction, he might be looking for confirmation from Madeline. He may take what he knows to the prisoner and grill her for more information.

The trail might’ve gone cold for Valentin, so Madeline’s assistance could be quite crucial. He might even bargain with her a bit. Valentin may suggest he’s willing to help Madeline break out of the slammer if she gives him what he wants. He’ll certainly need to offer some incentive if he wants info in return. Valentin could always double-cross Madeline later!

It’s clear that Valentin’s determined to win Nina back, but how can he pull it off? One strategy would be to make Nina so grateful that she just couldn’t reject him. If Valentin reunites Nina with her son or daughter, he’ll be his wife’s hero (as if saving her from the burning stables wasn’t enough).

Valentin knows the mom issue is Nina’s weak spot. He could exploit it for a good cause and bring her child back into the picture. Maybe Valentin can track this young man or woman down and deliver great joy to Nina.