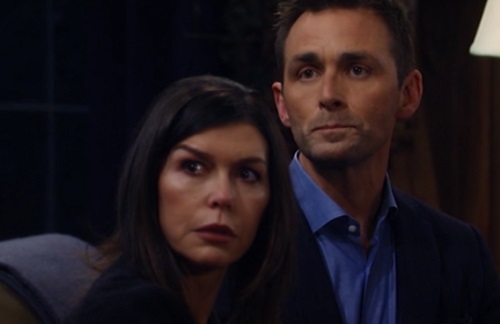 General Hospital (GH) spoilers tease that Anna Devane (Finola Hughes) may need protection from an unexpected enemy. After their surprise encounter in Switzerland, Jason Morgan (Steve Burton) discussed the epigraph of The Severed Branch with Sam Cain (Kelly Monaco). One line mentioned two branches growing together and suggested that they needed to be severed.

Jason feels like that’s a clue about Heinrik Faison’s (Wes Ramsey) next target. Heinrik already took down his father and now maybe it’s his mother’s turn. GH fans know that Anna is Heinrik’s mom, but she doesn’t view her son as a real threat. She’s choosing to believe Heinrik was driven to the edge by Cesar Faison (Anders Hove), who was arguably the world’s worst dad.

Anna previously thought her child grew up in a loving home, but she was mistaken about that. Heinrik eventually wound up with Faison, so Anna’s faced with the task of making amends somehow. She feels responsible for Heinrik’s suffering and that’s why she’s so determined to give this man redemption.

Of course, Anna’s guilt seems to be clouding her judgment and her typically sharp spy skills. She’ll continue to defend Heinrik, so Jason and Robert Scorpio (Tristan Rogers) should grow increasingly concerned. They both know what Heinrik’s capable of, so they’ll do their best to keep Anna out of harm’s way. 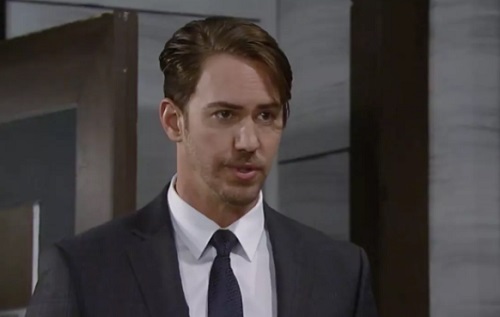 GH viewers will recall that Valentin Cassadine (James Patrick Stuart) has known and protected Heinrik (aka Peter August) practically all his life. Valentin’s aware of Heinrik’s current alias as well as intimate details of his birth. It looks like Valentin chose to keep tabs on Heinrik after the delivery.

Valentin eventually learned Heinrik was being raised by his father, which could mean Valentin worked with Faison or was perhaps a double agent. Anna went down the double-agent road for a while, so it’s possible Valentin did the same. We also know Valentin was obsessed with Anna for many years, although he didn’t reach the same stalker level as Faison.

However, Valentin may have surveilled Anna. He might’ve been motivated by protective feelings he had and possibly still has. What will Valentin do if he reads The Severed Branch and picks up on the same hints as Jason did? Valentin could be caught in an incredibly tight spot.

If Peter goes down, you can bet he’ll take Valentin with him. That’s probably the biggest reason why Valentin needs to stay loyal. He doesn’t want Peter to blow up his life, so this is a high-stakes partnership.

On the other hand, how can Valentin just stand by and let Peter potentially destroy Anna? No matter how hard Valentin fights it, he must still care about her deep down. General Hospital spoilers say Valentin could soon be in the awkward position of protecting Anna. Since Nina (Michelle Stafford) had serious jealousy issues in the past, more trouble could be brewing.

How far will Valentin go to keep Anna safe? Will he provide false leads to both Peter and Anna? Will he do whatever he can to keep them from finding out about each other? That’d probably be in the best interest of all parties involved.

Nevertheless, the truth will inevitably be revealed whether Valentin likes it or not. Will he rev up his protection efforts when Anna and Peter’s connection is exposed? We’ll give you updates as other General Hospital news comes in. Stick with ABC’s GH and don’t forget to check CDL often for the latest General Hospital spoilers, updates and news.