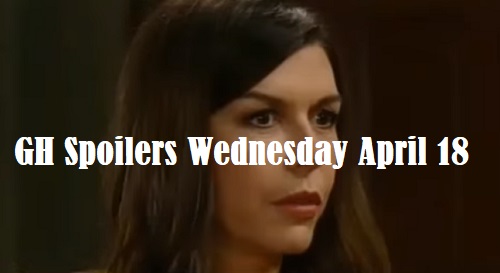 General Hospital (GH) spoilers for Wednesday, April 18, tease that Maxie (Kirsten Storms) will try a new strategy. Nina (Michelle Stafford) doesn’t trust Peter (Wes Ramsey), so Maxie’s been doing her best to change that. She’ll make another attempt with a sneak attack, so Nina will just have to roll with it.

Maxie will convince Peter to speak with Nina, so they’ll corner her at Charlie’s. General Hospital spoilers say Nina won’t be thrilled about the ambush, but she’ll agree to sit down for a chat anyway. Peter will insist that if Nina has any doubts about him, he’d be more than happy to dispel them. He’ll hope he can quiet Nina’s concerns and make life easier for Maxie in the process.

Meanwhile, Curtis (Donnell Turner) will fill Jordan (Vinessa Antoine) in on his latest assignment. He’ll mention that he’s investigating Peter August and add that this guy’s not who he seems to be. GH spoilers state that Jordan may have some worries. She’ll fear that Curtis could get in more trouble than he bargained for, so she’ll just want him to be careful.

At home, Liz (Rebecca Herbst) will give Franco (Roger Howarth) a pep talk. She’ll sense that he’s still struggling and that’s OK. Liz knows Franco wants to put his recent drama behind him, but he has major issues to work through. General Hospital spoilers say Liz will remind Franco that she’s got his back. She’ll want him to know that it’s going to take time, but their future is bright. 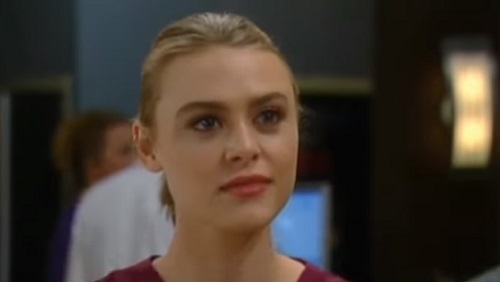 At GH, TJ (Tequan Richmond) will bump into Kiki (Haley Erin) and congratulate her. He’ll point out that it’s her first day of the shadow program. Kiki will look nervous and viewers know why. She’ll be shadowing Dr. Bensch (James DePaiva) the creepy stalker, so this can only lead to bad news.

Kiki will also run into Molly (Haley Pullos), so that’ll be another chance to show she’s rattled. Maybe Molly will suspect something’s up and urge Kiki to spill it. In Switzerland, Anna’s (Finola Hughes) plan will hit a huge snag. She’ll be forced to alter her approach, but she definitely won’t give up on finding and protecting Heinrik.

Robert (Tristan Rogers) will suggest something on Wednesday and argue that it might be Anna’s last hope. General Hospital fans will probably see another round of bickering, but Anna will ultimately cave in. She’ll try this Robert’s way and Emma (Brooklyn Rae Silzer) will come along for the wild ride.

It sounds like a real adventure awaits! We’ll give you updates as other GH details emerge. Stay tuned to the ABC soap and don’t forget to check CDL often for the latest General Hospital spoilers, updates and news.

This is gonna be fun! @thechew‘s @carlahall is making her #GH debut and we couldn’t be more excited. What might @valentinifrank have in store for these two? @lisalocicerogh #GH55 pic.twitter.com/kgs7oyGYts