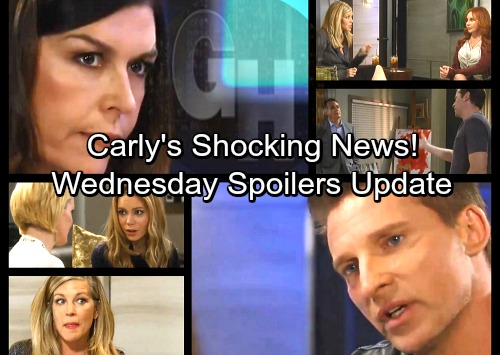 General Hospital (GH) spoilers for Wednesday, April 4, tease that Nelle (Chloe Lanier) will refuse to give up on her devious plan. She’s worked hard to put all the pieces in place, so Nelle will once again dismiss Ava’s (Maura West) advice. Despite Ava’s reservations about the plot to destroy Carly (Laura Wright), Nelle will feel like this is the only way she can make all her dreams come true.

Ava will remind Nelle that it could all go horribly wrong, but she’ll accept that this is Nelle’s mistake to make. GH fans will also see Ava wrestle with a decision on Wednesday. She’ll finally lose a fight with temptation, so she may take a look at those paternity test results. 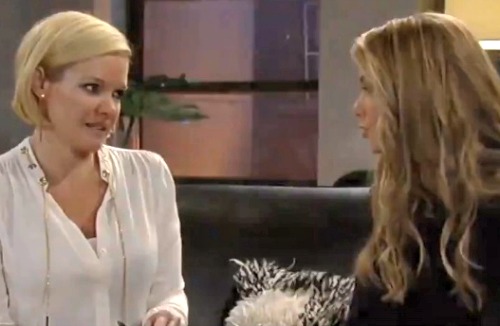 The names were disguised as Patient A and Patient B, so Ava still won’t have a ton of information. However, it could be enough to put her on a dangerous path. We all know how Ava can be when she sets her mind to something. Ava could dig around and eventually make a solid discovery.

At GH, Griffin (Matt Cohen) will also face a difficult choice. Now that he’s in the loop on Peter’s (Wes Ramsey) true identity, Griffin has to determine if he’s going to blab or keep his mouth shut. It seems Peter will show up for another tense chat. He’ll try to convince Griffin that he doesn’t pose any kind of risk to the people of Port Charles. 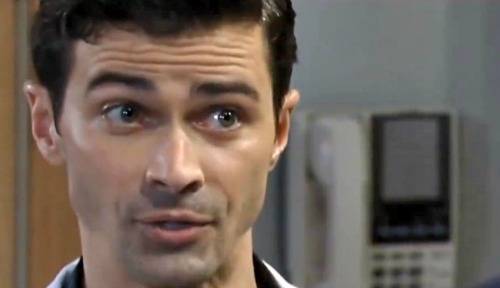 Griffin may have a hard time buying that, but he’ll choose to stay silent for now. Elsewhere, Jason (Steve Burton) will push Anna (Finola Hughes) to share the rest of her story. They’ve established that Anna has secrets she’s not willing to divulge. Jason’s starting to think Anna’s hiding something critical, so he’ll once again try to pry it out of her.

At home, Mike (Max Gail) will battle some confusion. He’ll believe his mom and dad are alive, so that’ll lead to some family problems. Whenever Mike thinks Morgan’s (Bryan Craig) still around, Sonny and the others usually just play along. It’s easier since Mike’s going to forget they told him otherwise in a few minutes.

Unfortunately, Sonny will lose his cool in this case. Mike will ramble about his parents until Sonny yells that they’re dead. Michael will be on hand, so you can bet that he’ll try to settle everyone down. Sonny’s frustrated by his father’s Alzheimer’s diagnosis, so that’s causing some meltdowns here and there. Things are going to get worse, but maybe Sonny’s coping skills will improve along the way. 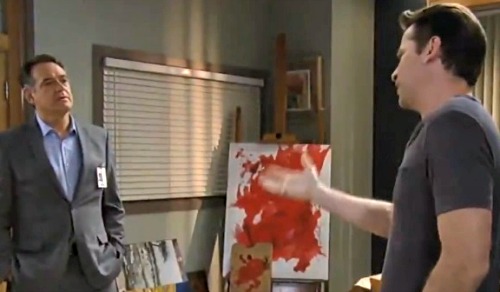 Over with Carly (Laura Wright), she’ll still be rattled by Nelle’s clue. General Hospital spoilers say Bobbie (Jacklyn Zeman) will hear all about the infamous scarf. Carly will explain that it was in her office one minute and gone the next. She’ll assure Bobbie that it looked exactly like the one she gave Morgan.

While Carly and Bobbie mull over that mystery, Franco (Roger Howarth) will ponder a different puzzle. He can’t quite fit his memories together, so Kevin (Jon Lindstrom) wants to try hypnosis. Franco told Kevin he was willing to go for it, but his fears will resurface on Wednesday. He’ll worry that he’ll learn something he doesn’t want to find out.

Kevin will just have to get his patient back on board! Franco’s future with Liz (Rebecca Herbst) is at stake! We’ll give you updates as other General Hospital news comes in. Stick with ABC’s GH and don’t forget to check CDL often for the latest General Hospital spoilers, updates and news.