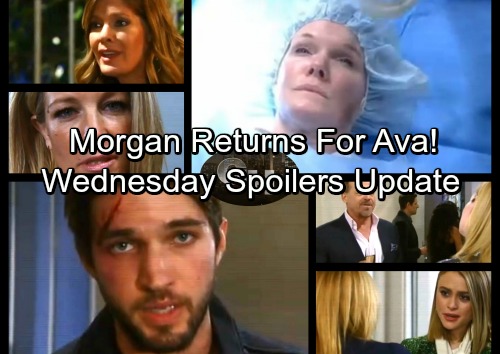 General Hospital (GH) spoilers update for Wednesday, January 17, tease that Ava (Maura West) will take center stage in this unusual episode. It’s time for Ava to have one last procedure done. That’s all that stands between Ava and her fully restored beauty.

Kiki (Haley Erin) will hope and pray that everything goes according to plan. There are always risks with any procedure like this, but Kiki knows Ava’s in good hands. She’ll try to tell herself that as her nerves take control, but it’ll be difficult to stop mulling over the worst-case scenario.

Griffin (Matt Cohen) will undoubtedly offer reassurance throughout all of this. It looks like Julian (William deVry) will get involved, too. Ava’s loved ones will be rooting for a positive outcome, but she’ll have to go through a terrible nightmare first. 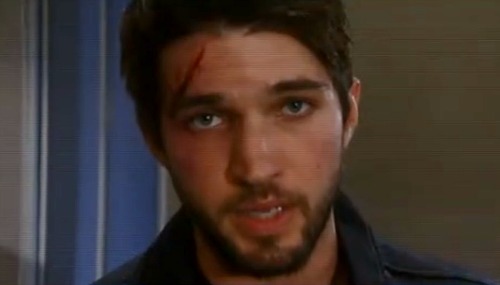 While under anesthesia, Ava’s mind will wander to dark places. She’ll deal with major drama during her flashbacks and hallucinations. General Hospital spoilers say Nina (Michelle Stafford) will appear during Ava’s haze. She’ll contend that Ava never even crosses her mind anymore. Nina has washed her hands of Ava, so they both need to just move on.

Carly (Laura Wright), on the other hand, still thinks of Ava often. She wants revenge for all the dirty tricks Ava has pulled, but her priority is vengeance for Morgan (Bryan Craig). General Hospital spoilers say Carly will give Ava a fierce warning. She’ll vow to make the world see Ava’s faults. Carly thinks Ava’s soul is pitch black and she wants everyone to know it!

Morgan himself will even show up during this intriguing episode. Ava will be taken aback when she opens the door of her apartment. Again, this is all a strange result of Ava’s anesthesia. In her mind, Ava will see Morgan standing in front of her. He’ll have a huge gash on his head as he frantically begs for Ava’s assistance. 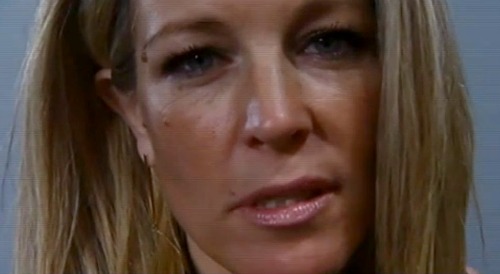 Scott (Kin Shriner) will also propose a toast to Ava at some point. Based on the GH preview video, it seems there’ll be a big gathering at the gallery. Maybe Ava will imagine the events that would follow her sudden death. If so, most of the town should be partying.

Thankfully, Ava will awaken once her procedure’s over. Her face will be fixed and her heart could change a little as well. Wednesday’s scenes will certainly make Ava rethink a few things. She may see that she’s caused far too much destruction in her lifetime. Perhaps Ava will focus on living up to Griffin’s expectations – at least for now. Ava could always resume her old path when the story calls for it!

Do you like it when General Hospital concentrates on specific characters? Are you ready to dive deep into Ava’s spooky psyche? We’ll give you updates as other GH news comes in. Stick with the ABC soap and don’t forget to check CDL often for the latest General Hospital spoilers, updates and news.