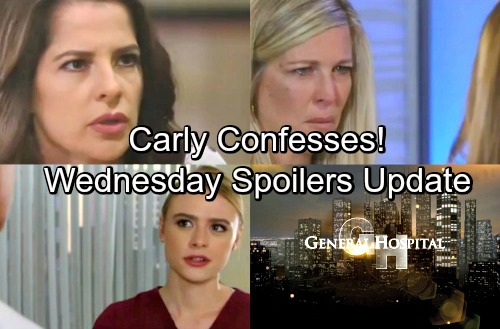 General Hospital (GH) spoilers for Wednesday, May 2, tease that Jason (Steve Burton) will be surprised by Sam’s (Kelly Monaco) news. When they meet up for a chat, Sam will mention that she’s getting a divorce from Drew (Billy Miller). Jason may ask how Sam feels about that, so she’ll probably suggest it’s for the best. She may think she should just be single and do her own thing for a while.

Jason would love a reunion ASAP, but at least he’s getting closer to one. Elsewhere, Anna (Finola Hughes) and Robert (Tristan Rogers) will argue about the Heinrik hunt. General Hospital spoilers say Robert will worry about Anna’s plan to draw her son out of hiding. He’ll be even more concerned when she insists on staying a step ahead of Jason. That’s just another way for Anna to run into trouble! 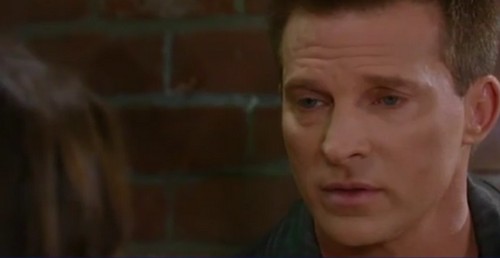 At GH, Kiki (Haley Erin) and Dr. Bensch (James DePAiva) will face off again. This time it’ll be over his request for a second shadow tour. Kiki certainly doesn’t want to put up with more of Dr. Bensch’s outbursts and criticism. However, the doc may argue that she should quit if she can’t hack it. Dr. Bensch seems determined to drive Kiki to her breaking point, so we’ll see how she handles all this.

Other General Hospital spoilers say Sonny (Maurice Benard) will have Carly (Laura Wright) on his mind. He’s been dealing with plenty of Mike (Max Gail) and Ava (Maura West) drama, but he’ll feel like Carly is his real issue right now. Sonny will be desperate to stop Carly’s descent into madness. 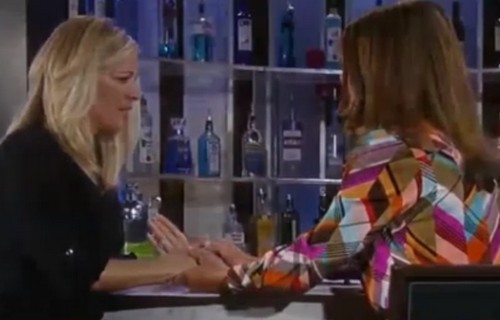 Carly will also believe she could be headed in that dangerous direction. She won’t be able to hold back the tears when she breaks down crying during her conversation with Lucy (Lynn Herring). Carly will fear that she’s really losing it, so Nelle’s (Chloe Lanier) scheme is taking a toll on her victim.

Across town, Griffin (Matt Cohen) will explode over Ava’s cruelty. He’ll think she’s despicable for using Mike’s condition to obtain joint custody. Griffin will rant about Mike’s innocence and suggest that Ava should’ve found a more compassionate strategy. Her lies will also be a big problem. It’s clear that the trust between these two is completely shattered. 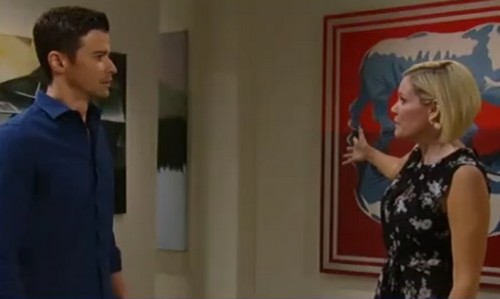 Finn will refuse to discuss his issues with Chase, so they’ll agree they should just avoid each other. Alexis will hate that she made things worse, but there’s still hope for the future. The situation looks bleak now, but Chase and Finn should strengthen their bond in time.

It sounds like some gripping scenes are on the way. We’ll give you updates as other GH details emerge. Stay tuned to the ABC soap and don’t forget to check CDL often for the latest General Hospital spoilers, updates and news.