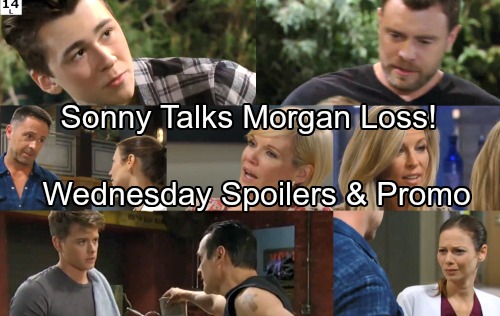 General Hospital (GH) spoilers for Wednesday, May 9, tease that Drew (Billy Miller) will have another surprising encounter. This time he’ll bump into Oscar (Garren Stitt), who’ll seem a bit on edge. Oscar will suggest that he has something to tell him, so Drew will happily offer his full attention. He’ll want Oscar to know that he can always come to him for support.

While Oscar shares what’s on his mind, Kim (Tamara Braun) will get a visit from Julian (William deVry). He’ll drop by GH and suggest that she can’t get in the middle of something. This may involve Alexis (Nancy Lee Grahn) and all the Charles Street drama. Then again, Julian may be concerned about Drew’s memory mission. Either way, Kim will remind Julian that she’s in charge of her own life! 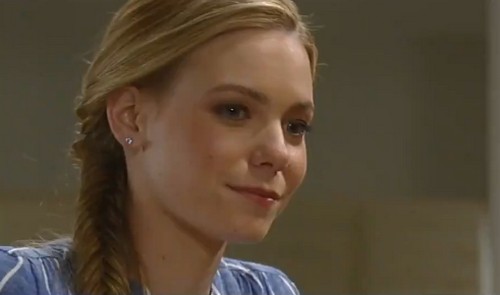 Elsewhere, Ava (Maura West) will grill Nelle (Chloe Lanier) about her plans. A shocking baby shower’s in the works, so it’s sure to bring some chaos later this week. Ava will wonder what in the world Nelle has in store for Carly (Laura Wright). General Hospital spoilers state that Nelle may not offer every detail, but she’ll make it clear that Carly’s about to have a very public meltdown.

Over with Lucas (Ryan Carnes), he’ll battle some worries. Since we know Nelle will invite Brad (Parry Shen) and Lucas to the party, that could be what leaves Lucas so concerned. Nelle’s got quite a reputation around Port Charles, so Lucas may express his fears to Brad. 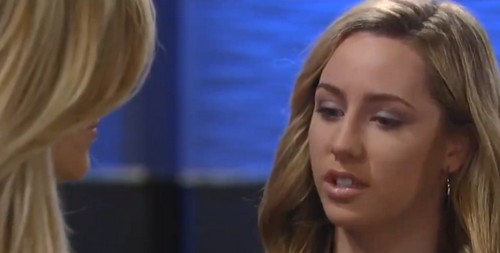 Other General Hospital spoilers say Carly will try to make things up to Josslyn (Eden McCoy). She recently got distracted and missed out on taking Joss to the popup shop. Nelle was glad to fill in, but that obviously drove Carly up the wall. Nevertheless, Carly will try to focus on the fake peace they’ve established. She won’t want to lash out and risk pushing Michael (Chad Duell) back in Nelle’s direction.

Carly will suggest that her enemy isn’t making this easy, so Josslyn will wonder what Nelle’s done now. She’ll undoubtedly defend her friend and urge Carly to concentrate on the baby. Joss may argue that motherhood is just what Nelle needs to settle down, but Carly won’t be so sure.

Finally, Sonny (Maurice Benard) and Michael will chat in the boxing gym. During this father-son discussion, Sonny will warn Michael about Carly’s issues. He’ll point out that when you’re dealing with a loss as devastating as the one Carly faced, anything could set her off. Sonny will think Carly’s grief over Morgan (Bryan Craig) could take her down a dark road.

GH spoilers say Sonny’s right about the tough times ahead. Nelle’s manipulation will bring some hot drama, so stay tuned. We’ll give you updates as other news comes in. Stick with the ABC soap and don’t forget to check CDL often for the latest General Hospital spoilers, updates and news.