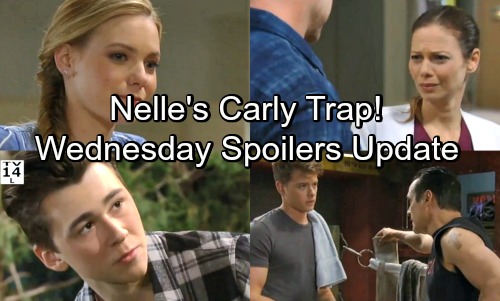 General Hospital (GH) spoilers update for Wednesday, May 9, tease that Ava (Maura West) will grow increasingly curious about Nelle’s (Chloe Lanier) scheme. She’ll urge Nelle to spill what she’s got planned for Carly (Laura Wright), but she may not learn the whole scoop. Ava really needs to stay out of the Carly takedown mess. We all know this plot will blow up in Nelle’s face sooner or later.

For now, Nelle will move forward with her baby shower shocker. Carly can tell that Nelle has some sort of agenda, but she has no idea it involves the Morgan (Bryan Craig) “hauntings.” Nevertheless, Carly will fill Josslyn (Eden McCoy) in on her concerns. Nelle’s phony peace offerings have made Carly suspicious, but Joss will likely push her mom to chill out. 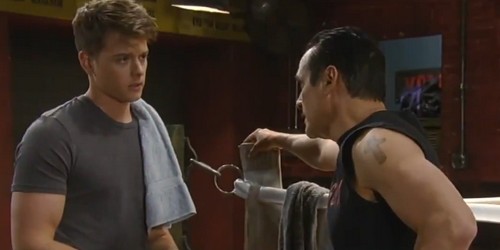 At the boxing gym, Michael (Chad Duell) will get some disturbing news. Sonny (Maurice Benard) will reveal that Carly’s inching closer and closer to the edge. He feels like Carly’s grief has been triggered all over again. Sonny will worry about just how bad this could get. Michael will be just as fearful once Sonny explains the dire situation.

Other General Hospital spoilers say Oscar (Garren Stitt) will have a chat with his dad. When Drew (Billy Miller) runs into him, he’ll realize Oscar has a problem to share. Drew will listen and help his son through any drama he might be facing. He’ll assure Oscar that he’s always going to have his back. 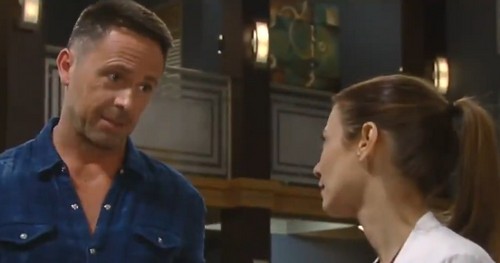 Across town, Kim (Tamara Braun) and Julian (William deVry) will have a bit of a tiff. After Julian corners Kim at GH, he’ll tell her to stay out of something. Julian will insist that Kim can’t get caught in the middle, but she’ll raise her eyebrows and give him a disgusted glare.

Who does “Charlie” think he is?! Kim’s free to make any choice she wants, so she won’t appreciate the way Julian’s barking orders. This could relate to Drew (Billy Miller) or Alexis (Nancy Lee Grahn), but the topic doesn’t really matter here. Kim certainly won’t sit back and let Julian control her. 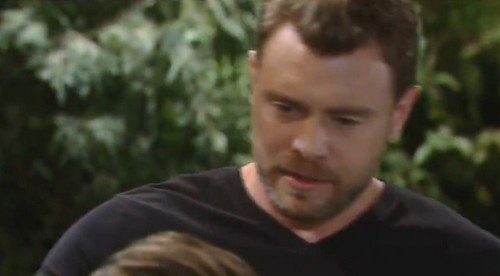 General Hospital spoilers say Lucas (Ryan Carnes) will face an uncomfortable dilemma as well. He’ll try to be cautious, so this might tie in with Nelle’s baby shower invitation. She’ll want Brad (Parry Shen) and Lucas there, but that may not be in their best interest.

Lucas might think they should skip it since trouble tends to follow Nelle. They have to avoid the usual PC mayhem and focus on the looming adoption. Despite Lucas’ efforts, there’s a good chance chaos will hit for them eventually. We’ll give you updates as other GH details emerge. Stick with the ABC soap and don’t forget to check CDL often for the latest General Hospital spoilers, updates and news.