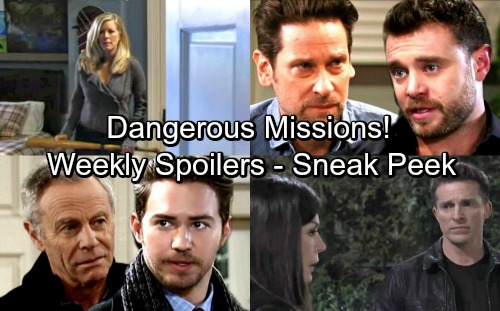 General Hospital (GH) spoilers for the week of April 9-13 tease that Port Charles will be buzzing with plenty of hot storylines. First, let’s talk about Franco (Roger Howarth) and Jim (Greg Evigan). It’s clear that Franco is on the verge of going off the deep end. Liz (Rebecca Herbst) will be frantic over what Jim might to do her man, but it appears Franco will be the one in control.

Jim will become the victim as this plot heats up. Drew (Billy Miller) will realize he has to repay a big favor. Thanks to Betsy (Deborah Strang), Drew knows Franco wasn’t trying to harm him. He was actually trying to protect Drew from Jim. This is Drew’s chance to protect Franco’s future by preventing a catastrophic decision. He has to get to Franco before he fires that gun! 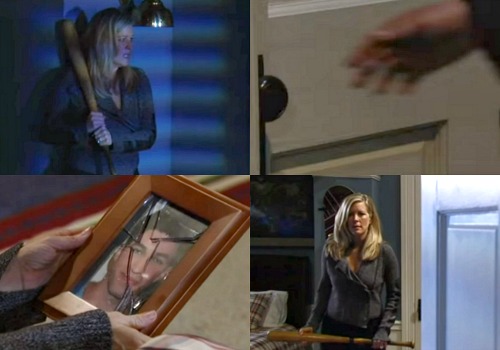 Fortunately, it looks like Drew’s plan will succeed. Nelle’s (Chloe Lanier) plan is obviously going well, too. GH fans can expect Carly to crumble as she shares everything with Sonny (Maurice Benard). She probably doesn’t know what’s real anymore. Nelle is really doing a number on Carly’s head.

Other General Hospital spoilers say Valentin (James Patrick Stuart) will rev up the romance for Nina (Michelle Stafford). They’ll enjoy some alone time, but they’ll both be keeping secrets. Valentin is hiding his alliance with Peter (Wes Ramsey) and Nina’s hiding her investigation.

Speaking of that investigation, Curtis (Donnell Turner) will come back with some info this week. Will he have some solid dirt to share? Nina is convinced that Peter’s up to no good, so she’ll hope Curtis can prove it. That might be the only way to show Maxie (Kirsten Storms) his true colors.

Elsewhere, Anna (Finola Hughes) will do some brainstorming. She’ll come up with an idea that Jason (Steve Burton) doesn’t approve of, but she’ll do it anyway. It sounds like Jason will still think Anna’s going too easy on Heinrik. Anna’s gentle strategy may not be enough for Jason to get on board with.

Nevertheless, Robert Scorpio (Tristan Rogers) will be back by the end of the week. Anna’s ex may be able to pitch in on her next scheme. Over with Lulu (Emme Rylan), she’ll once again have an apology to give. Will Maxie be on the one who receives it? It seems likely since Lulu’s main goal is to restore peace with her bestie.