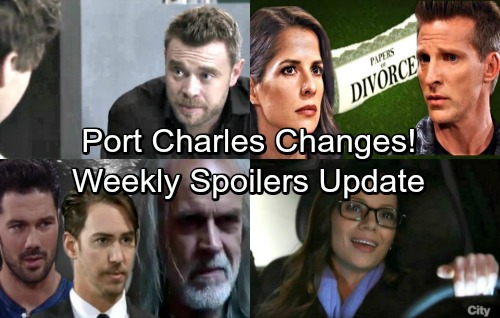 General Hospital (GH) spoilers update for the week of January 8-12 tease that some heated confrontations are coming up. For starters, Oscar (Garren Stitt) and Josslyn (Eden McCoy) will have a teen squabble. Their argument will send Oscar looking for Drew (Billy Miller) a little later. He’ll need some advice from his dad, so this could help them bond.

Of course, Drew will have his own drama to deal with. He’ll be thrown for a loop over Sam’s (Kelly Monaco) marriage issues. She’s still married to Jason (Steve Burton), so she can’t wed Drew just yet. General Hospital spoilers say Jason will be crushed when Sam asks for a divorce. He’ll get why Sam wants one, but that won’t make the pain any easier to bear. 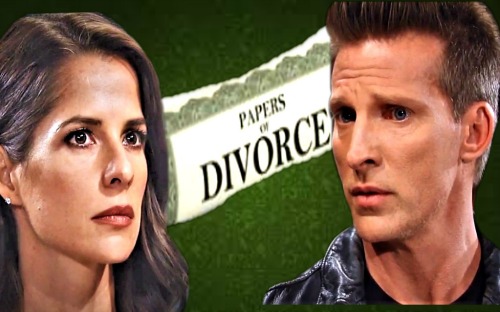 Nevertheless, GH spoilers say Jason won’t stand in Sam’s way. He’ll promise to cooperate and make this as stress-free as possible. Later, Alexis (Nancy Lee Grahn) will take charge and try to speed this divorce along. She’ll run into some trouble, so Sam and Jason may remain legally married for a while.

Other General Hospital spoilers say Nelle (Chloe Lanier) will make a choice that Michael (Chad Duell) doesn’t like. He may get updates on Nelle’s new job and urge her to quit. Michael pushed Nelle to seek employment, but he won’t approve of her position at Ava’s (Maura West) gallery. 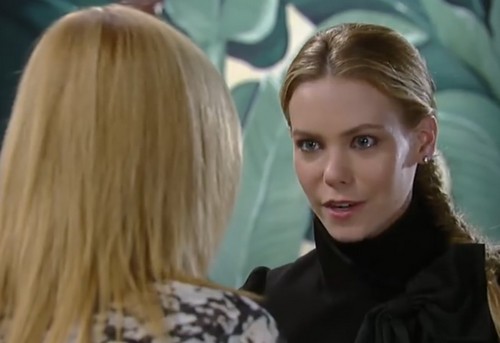 It seems Michael will even relent on the allowance request, but Nelle’s starting to see the perks of an Ava partnership. She’ll refuse to give it up, so Michael will just have to go with it. Across town, Anna (Finola Hughes) will ponder a theory and discover some proof to back it up. Is this about the traitor, who also happens to be Faison’s (Anders Hove) son?

Peter (Wes Ramsey) will certainly face accusations down the road, but he’ll keep monitoring Lulu’s (Emme Rylan) progress for now. Speaking of Lulu, she’ll do everything she can to learn Faison’s location. Plus, Lulu will console a terrified Maxie (Kristen Storms). As Maxie’s fears about Faison rev up, she’ll have an awful nightmare. Nathan (Ryan Paevey) and their baby could be in grave danger soon.

Finally, Kim (Tamara Braun) will find a friend she can confide in. There’s a good chance Alexis will become her new gal pal. Since GH buzz hints that Kim may fall for Julian (William DeVry), things could get complicated! We’ll keep you posted as other news comes in. Stick with the ABC soap and don’t forget to check CDL often for the latest General Hospital spoilers, updates and news.