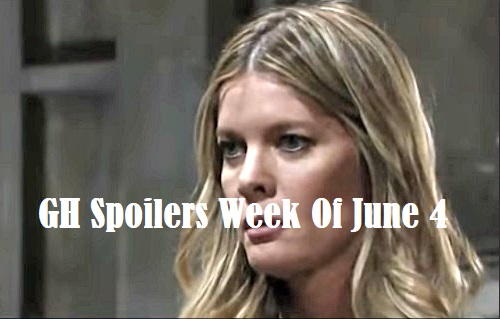 General Hospital (GH) spoilers for the week of June 4-8 tease that some surprises are on the way. First, Maxie (currently portrayed by Molly Burnett) will find herself feeling somewhat forgiving. Peter’s (Wes Ramsey) apology letter will seem sincere, so she’ll have a tough time staying livid. Maxie could indeed inch toward forgiveness, but Lulu (Emme Rylan) may not think that’s the best idea.

GH fans know Lulu and Maxie were supposed to join forces for Peter’s takedown. She might worry that Peter’s reeling Maxie back in with an act. It looks like Lulu will get on Dante’s (Dominic Zamprogna) bad side again, too. General Hospital spoilers say this marriage will continue to take hits, but Lulu and Dante will work on keeping their love alive.

In the meantime, Peter will deal with his captor and a co-conspirator. Nina (Michelle Stafford) just showed up at the secluded cabin, so Peter will hold her responsible for his dilemma. General Hospital spoilers say he’ll be stunned by the identity of his real kidnapper. Since Nina was summoned for a partnership, there’s a good chance this is all part of Dr. Liesl Obrecht’s (Kathleen Gati) revenge.

Over with Anna (Finola Hughes), she’ll take a trip to see Robin (Kimberly McCullough). She’ll make a full confession about all the Heinrik drama and hope that her daughter will understand. General Hospital spoilers state that Robin will lash out somewhat. She’ll be overwhelmed and that’ll lead to some tense moments. 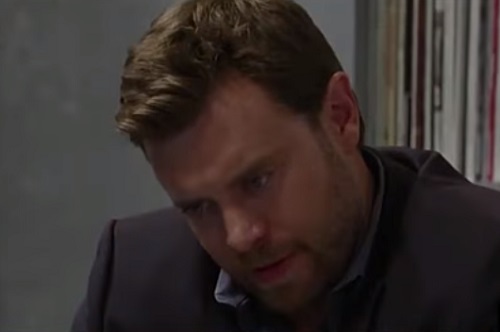 However, Finn (Michael Easton) will follow Anna to Berkeley and offer plenty of support. His love will so grateful to have a great guy in her corner. Elsewhere, Liz (Rebecca Herbst) will let Kiki (Haley Erin) know she’s there for her. She’ll promise to lend an ear if Kiki needs to talk about her Dr. Bensch (James DePaiva) issues.

It seems Alexis (Nancy Lee Grahn) could get involved here. She’ll demand answers from Monica (Patty McCormack), so it’s possible that Kiki will reach out for legal counsel. Dr. Bensch was interested in Alexis last holiday season. She may be surprised by the accusations against him, but she could also recall that he was awfully persistent. It’d be great to see Alexis get in on this storyline.

Finally, Drew’s (Billy Miller) upcoming procedure will bring growing panic. Sam (Kelly Monaco) will be desperate to get her hands on the flash drive Peter dropped. General Hospital viewers can expect some curveballs before the week wraps up, so stay tuned.

Things are really heating up in Port Charles! We’ll give you updates as other GH news comes in. Stick with the ABC soap and don’t forget to check CDL often for the latest General Hospital spoilers, updates and news.