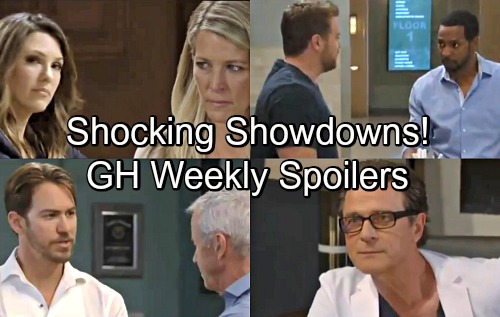 General Hospital (GH) spoilers preview for the week of May 28-June 1 tease that some stunning developments are ahead in Port Charles. First, we should mention that Monday’s episode will be a repeat. GH will rebroadcast the episode that first aired on April 13, so tune if you want to see some of the Switzerland scenes again.

Fortunately, General Hospital will get right back to the action on Tuesday. They’ll kick things off with Carly’s (Laura Wright) court battle. She’ll soon realize that the DA is going to be a real problem. Margaux (Elizabeth Hendrickson) will certainly give Diane (Carolyn Hennesy) a run for her money!

We’ll also see Drew’s (Billy Miller) memory mission press on during this week’s new GH episodes. After another warning from Andre (Anthony Montgomery), Drew will get one from Franco (Roger Howarth). They’ll bicker over the risky procedure and the deadly outcome it could bring. Sam (Kelly Monaco) will become truly terrified a little later. As she learns more about what’s in store, Sam will panic at the thought of losing Drew.

Other General Hospital spoilers say Liesl Obrecht (Kathleen Gati) will fume over Peter’s (Wes Ramsey) secrets. It looks like she’ll be ready for a good dose of revenge. Nathan’s (Ryan Paevey) dead, so Liesl will have no issues with blaming Heinrik. 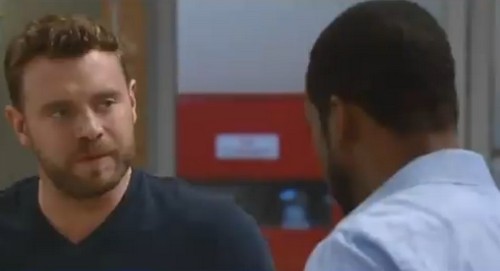 Elsewhere, Ava (Maura West) will try to talk Griffin (Matt Cohen) out of something. If he gravitates toward Kiki (Hayley Erin), Ava might discourage the idea. She’ll have to be subtle about it to avoid another fight, but you can bet Ava’s still worried. However, Kiki will run into more Dr. Bensch (James DePaiva) trouble soon. That could force Griffin to get involved and spark a major mess.

Across town, Anna (Finola Hughes) will beg Peter to speak with her again. She’ll just want a chance to bond, but Peter may be reluctant to catch up with his mother. He’s still feeling hurt and confused. Nina (Michelle Stafford) will also get a mysterious message. A strange text will come through, so maybe Valentin (James Patrick Stuart) will try to smooth things over with a sweet surprise.

Unfortunately, it’ll take more than a romantic evening to fix their relationship. Valentin really screwed up, so expect Nina to make him suffer. General Hospital spoilers hint that some great scenes are looming. We’ll give you updates as other GH news comes in. Stick with the ABC soap and don’t forget to check CDL often for the latest General Hospital spoilers, updates and news.