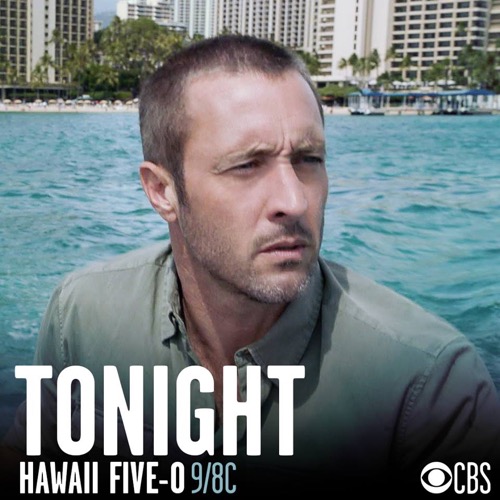 Tonight on CBS Hawaii Five-0 air with an all-new Friday, September 28, 2018, episode and we have your Hawaii Five-0 recap below.  On tonight’s Hawaii Five-0 season 9 episode 1 “Ka ‘owili’oka’i (Cocoon),” as per the CBS synopsis, “The Season 9 premiere: After Steve’s CIA agent friend is killed, McGarrett lets himself be captured by the group he thinks is responsible and endures a torturous sensory deprivation tank to find the killer. Also, Tani wrestles with whether or not she will tell McGarrett about the murder weapon she found at Adam’s house.”

McGarrett and Danny were getting closer and closer to realizing their dream of opening a restaurant when they heard about Tom Hennessey on tonight’s all new episode of Hawaii Five-0”.

Tom Hennessey was the same CIA Agent that helped McGarrett catch Victor Hesse. Hesse had murdered McGarrett’s father and so McGarrett never forgot what Tom did for him or that he owed the other man. But the news tonight hadn’t been unfortunate. McGarrett learned that Tom had seemingly gone out to the water and drowned, only he knew what happened to Tom couldn’t have been an accident. He remembered Tom telling him about a sibling that drowned and how he was left afraid of going out into the water. McGarrett knew that Tom wouldn’t have gotten over that fear anytime soon and so his instincts told him that wasn’t whar happened to Tom could only have been murdered.

In a way, it did make sense. Tom’s greatest fear was drowning like his brother did and a man like him would naturally have enemies that were willing to turn his fears against him. McGarrett suspected that and so he went looking for evidence to prove it. He took Danny with him to Tom’s apartment and they ended up running into someone that burning something. They went after the man and McGarrett was forced to put him down yet Danny managed to save one piece of a letter that the assailant was burning. It was just one only it read “cocoon”. Neither of the boys knew what that stood for and they were in the middle of trying to figure that out when they were interrupted. The CIA had been informed about Hennessey’s death and they wanted to check the apartment.

Agents Miller and Greer said they wanted to clear the apartment of any secured documents and Danny had snorted at that. He hadn’t believed the agents were there just to protect intel. He thought they had come in to clean house and erase Tom’s second life. Danny had even said as much and had almost gone to blows with Miller. Miller had gotten so upset that he told McGarrett that they were going to take over this case and that was never going to happen. The only person that could issue McGarrett an order was the Governor and so McGarrett told him that until he was ordered to stand down that he would continue to investigate the homicide. And that intrigued Miller because he wanted to know McGarrett knew it was a homicide.

McGarrett only said that he was going to prove Tom’s death was a homicide, but he pretty much knew it was and so he investigated the man he had to kill. The man’s name was Chow and he was a former Chinese spy. He had all the skills he needed to move against Hennessey and the real question was why. The letter that had been badly burnt up had still been on the guys when they left Tom’s apartment and therefore they used that to get the document analyzed. Their eyes were one thing while Jerry’s skillset meant they could later read a ship name. It was SS Arcturus. It was a ship at the nearby port and it was registered to a foreign power. The latter of which meant McGarrett should even try to sneak on the boat and he did so anyway after learning his friend had in fact been killed.

Their medical examiner had run an autopsy on Tom’s remains and she found a dental powder that was used to plug up Tom’s ears, eyes, and nose. Someone completely cut him off from his senses and so McGarrett wanted to get look inside of the ship. He applied as someone needing work and was quickly hired as one of a hundred people fixing up the ship. Only McGarrett used that time wisely. He worked when he was expected and took his break time as a chance to sneak around. He eventually saw a tank that he knew right away must be the “cocoon”. McGarrett had just left the ship when he was contacted by a third CIA agent. This agent, Kray, said the compound Noelani found on Tom had been on the other agents. There were five agents in all that had died under mysterious circumstances in the last three months and Kray wanted McGarrett’s help.

McGarrett had known Agent Greer back in the day and she had warned him that the agents that all died could only have been murdered if there was a leak inside the agency, so McGarrett wanted to help. He talked to Kray about what they knew and he was told that a rogue Chinese minister had decided to up their spy game once they saw what happened to the Russians. The same Russians that Five-0 took down last season and so McGarrett was willing to do anything to finish what he started. He agreed to lie and say that he found evidence at Hennessey’s home of more agents in the Pacific and this lie was supposed to move the rogue Chinese agents to kidnapping him. McGarrett had told his people and, while they were ready to move in whenever he needed them, McGarrett had first wanted to see who the mole was.

McGarrett allowed himself to be caught alone and he was drugged as well as kidnapped by time he found out the mole had actually been Greer. Greer pretended to be on his side when the truth was she’s a traitor. Greer aligned herself with the rogue faction and was willing to off CIA agents to keep her side job up and running yet McGarrett hadn’t been able to report that right away because he had been tortured. He was put in the cocoon tank and was sensory deprived because his interrogator had wanted to know what he knows. They thought McGarrett could easily be broken and he instead feed them false info like a plan. And so by the time his people moved in to rescue him, McGarrett had already done his job.

McGarrett set up his trap and after his rescue, he assured his team that they were going to get Greer for what she did.