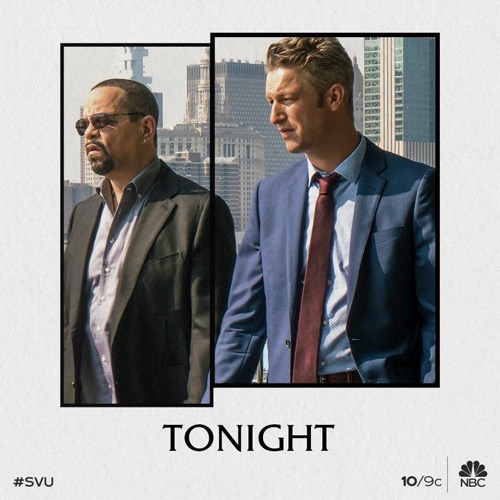 Tonight on NBC Law & Order SVU returns with an all-new Thursday, October 11, 2018, episode and we have your Law & Order SVU recap below.  On tonight’s Law & Order SVU season 20 episode 4 called “Revenge” as per the NBC synopsis, “As a string of break-in assaults grows more violent, the cops investigate an online incel group to identify a suspect.”

A home invasion might have been an accident on tonight’s all new episode of “Law & Order: SVU”. The man that broke in pretended to be a pizza delivery man. He went up to the apartment and waited until the man open the door for him. He then used the butt of his gun to knock out Rick Karsch and later rape his Rick’s girlfriend Anne, but the reason the police thought this might have been an accident or even a case of mistaken identity was because the assailant had called both Rick and Anne by the wrong names. He called them Chad and Stacey. The couple didn’t know why the assailant called them that and there was no such couple living in the building by that name. There was a Chad in the building only his wife was Brianna.

The police went to the couple’s apartment to talk to them. They questioned this couple and they didn’t know anyone angry enough to want to do something like that. They also didn’t know a Stacey and so the cops found themselves nowhere with the couple. The wife however had come to station afterwards and she told them about an affair she had. She said she slept with this guy a couple of weeks before calling it off and that he wouldn’t take the hint. He would call her, text her, and message her on twitter. He just would not let go! He also had a gun and so the police checked him out. Besides the whole not letting do, he was harmless and hadn’t targeted anyone much less commit an assault and rape.

There was also later evidence that came up that cleared Brianna’s ex. Unfortunately, there was another rape. The MO was the same with the couple involved being called Chad and Stacey and so there was no mistake. There was a perp that was living out his own fantasy and he was doing things by formula. The guy again pushed his way into apartment and beat up the boyfriend before raping the young woman. There was one bit of difference with the crime and that was the violence. The second time he had gotten even more violent towards the woman and he almost killed her because he pushed her face into the sofa as she was being attacked. Another thing that stood out with this second rape was Beth because she did suspect someone in her rape. She told the police that before she met her boyfriend that she liked to go to a sex party and at the party she ran into Riley.

Riley had needed an invitation to the party and he didn’t have one. He tried to get Beth to invite and she refused to because she hadn’t been interested in him. She thought this guy was some weirdo and had forgotten all about him until one day she saw him again when she was grabbing donuts then another time on the train. It took Beth a while before she realized that he was following her. She also noticed when he stopped and so she thought nothing of until this rape. Beth thought her attacker was Riley and the police suspected she was right because they looked into this Riley. Riley was on the internet parroting men’s rights and how rape wasn’t a thing because men had the right to pursue their happiness.

The police brought in Riley and they were interrogating about where he was on each night the rapist attacked when there was another attack. This third attack was the most violent because the assailant killed the fiancée and still went ahead with the rape. He also called his victims by their names and bragged about how his friend Riley would have loved Carol. Carol remembered the name very clearly and so the police went back to Riley. They suspected that he had gotten someone to rape Beth for him and that he had raped Anne for someone else. They told him how this latest act included murder because the victim died at the hospital and so Riley didn’t want to go to jail for someone pulling the trigger. He told him about his friend Chris and how they met someone on the dark web that convinced these two men to help this one guy with getting revenge.

The guys were part of an incel that thought all the attainable girls were “Staceys” and how all the guys that got everything in life were “Chads”. The police went and picked up Chris. He was living at home with his mother and had wanted revenge because Anne hadn’t smiled at him at the supermarket. He got his friend Riley to rape Anne and he raped Beth, but this third rape was by their unknown friend. The friend they met online when they were ranting about the Omegas finally getting their day. It was this friend that took things too far and so the cops leaned on Chris until he gave up the name. The name was Tony Kelly. Tony had messed up because he hadn’t raped a girl that wronged his buddy. He had actually gone after the woman he’s been obsessed with since high school.

Carol was all Tony talked about back then. He told his mother that he was going to prom with Carol and that hadn’t been true because she went to the prom with someone else. So the police and the ADA decided to use that obsession against Tony. He was perhaps the smartest of the incel and he only made a mistake with his victim because deep down he wanted Carol to know it was him. Tony killed Carol’s fiancée because he wanted to get rid of the guy that actually got the girl and so the police decided to introduce Carol to him. Tony thought she would remember him and she didn’t . She had no idea who he was. She didn’t even remember him from high school and so that’s when Tony lashed out.

Tony called entitled and spilled how he wanted revenge because she never return his phone call. He called her to ask to her to prom and he remembered it so well that he recited the number back to her yet that was never Carol’s phone number. She told Tony that this thing he’s been holding against her had never happened. She didn’t reject him because he had called someone else and she never knew that he was asking her to prom. And stopped Tony in his tracks because that’s when he knew how much time he put into getting revenge for something that never happened.

The police had gotten a confession back when Tony was ranting at Carol and so they eventually got all the guys in this evil agreement.