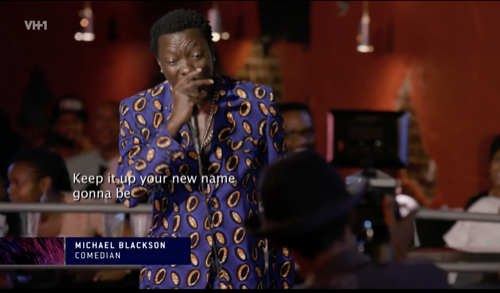 Tonight on VH1’s hit series Love & Hip Hop Atlanta returns with an all-new Monday, April 23, 2018, episode and we have your Love & Hip Hop Atlanta recap below for you.  On tonight’s season 7 episode 6, “I’m Telling,” as per the VH1 synopsis, “Just Brittany’s comment leaves Erica furious. Kelsie encourages Kirk to get his family back before it’s too late. Keely comes for Sierra’s clique. Momma Dee is back and going under the knife.”

Mimi had agreed to handle Stevie J’s business. At the time, he was possibly going away for a while and so he wanted Mimi to handle his artists as well his potential artists. Stevie had been close to signing on a few new people and he believed Mimi could get these people to agree to be in his showcase. The showcase was supposed to be one last hurrah and Mimi said she could handle it, but it turns out she was going to need a little help with having both Erica Mena and Just Brittany in the same room. The two women hated each other and didn’t even attempt to hide it. They had both agreed to meet with Mimi and then went at each other the second their arranged meeting was finally set up.

They had gotten into such a nasty argument that security had to be called. The big guys had wanted to stop the women from getting physical and in doing that one of them had managed to tick off Erica. Erica didn’t like the way she was being manhandled and had needed to be escorted from the building because she wanted to fight everyone. She lashed out at Brittany and had lashed at the security team that demanded she leave yet Erica was still heard outside yelling about what happened and inside Mimi was trying to get back to work. Mimi had had to rely on Keely who was Brittany’s friend because Keely was one of the few people that was keeping a cool head. Keely had asked Estelita if she could put her feelings to the side for the showcase and she had gotten a “yes”.

Estelita was willing to push personal feelings to the side and so Keely asked her friend Brittany the same question, however, Brittany hadn’t liked the way Keely took over. She admitted in her confessional that Keely has forgotten that she was the one to introduce her to both Mimi and Stevie J. Brittany had asked her friend to manage her because she wanted an ally and so she didn’t think that Keely would insert herself into certain discussions like this showcase. Brittany also had a few other things to grumble about and so it took her a while before she finally said that “yes” she could put her personal feelings to the side for the showcase. So this showcase was slowly coming together and Mimi had gotten most of the artists that she wanted.

The one person she hadn’t gotten was Erica. Erica bowed out of the showcase following her fight with Brittany and both Mimi and Keely had checked up on her afterward. They had gone to Erica’s house because they felt bad about what happened at the meeting. Keely was Brittany’s friend and she still hadn’t cared for Brittany bringing up Erica’s son. Children were off limits and Keely willing acknowledged that her friend had been in the wrong, so Erica had been thankful for that. She had a hard time being away for her son because he was getting older and she knew he would need her now more than ever. Therefore, she had been grateful when the ladies came over and they had supported her as she talked about how hard it was to be away from her son.

Erica hated being away from her child and she wouldn’t have wished that for anyone. Not even Stevie J who many feared would be going to jail because of the child support he owed and so it was good news all around when everyone heard Stevie wasn’t going to prison. He had worked out something with his lawyer that meant he got to stay around a lot longer than he thought and had gone back to Atlanta ready for business. The first thing he did when he got back was contact Estelita. Estelita was one the artist that was currently signed with him and so he wanted to give her some exposure. She was invited to what she thought was a business meeting that turned out to be a photo-shoot.

Stevie had gotten an offer to do a photo-shoot for Penthouse and he wanted Estelita to be in the spread with him, so that had helped his relationship with Estelita. She hadn’t liked finding out that she had to do a showcase with other women when she was the one that was he made promises to and so she had been ready to forgive anything once she found out she was going to be in a photo-shoot. She posed with Stevie and they had enjoyed themselves while Erica was off talking to Mimi and Keely. Keely had revealed to the girls that the weird vibe she was getting from Brittany had resulted in Brittany telling her that she had been sleeping with Stevie. Stevie tends to sleep with his artists and his life behind closed doors was messing his business.

After the ladies had finished gossiping, Keely went off and found another problem. She was a friend of Shooter’s and had felt bad for him after he lost his kid because she thought his wife Sierra should have supported him. Shooter said he felt abandoned and Sierra’s side believed he was making that up. They said that Sierra had supported him and to make things worse they hadn’t liked finding out that Keely had set up Shooter with someone else when she was supposedly Sierra’s friend. Sierra had told Tokyo and Karlie that Keely was her friend. They had hung out, texted each other, and had even prayed together. Sierra wouldn’t have done all of that with an acquaintance and that’s what Keely called her when she was talking to Karlie and Tokyo.

The ladies hadn’t liked that and they had gone back to Sierra with a full report on everything Keely told them. Like how she set up Shooter with someone else and how may or may not be expecting kids with someone else. Sierra had been shocked to hear that because her divorce wasn’t finalized with Shooter and so she went to him for answers while her friend was out finding dirt on Keely. Keely’s personal life as it turns out was pretty messy. She had a baby daddy that was accusing her of holding their kids for hostage and was getting involved with everyone’s business. Tokyo had gotten all the dirt and she was ready to put Keely’s business out there because Keely had claimed Karlie used to sleep with Tokyo’s man.

Keely had been wrong about that because Karlie had gone on two dates and had never slept with Tokyo’s man. The two were even friends now and so Tokyo wanted revenge. Meanwhile, Sierra’s meeting with Shooter hadn’t gone as planned because he didn’t feel bad for hanging out with her friend and he said that the two-year-old baby that was out there may or may not be his kid. So Sierra realized that there was never a time that Shooter hadn’t cheated on her and the two parted probably on worse times than when they began their divorce proceedings. She knew now that she couldn’t trust Shooter and that Keely was a false friend. Sierra realized the only people she could truly count on were girls that were getting the dirt on Keely.

Elsewhere, however, Kirk tried to move back in without telling Rasheeda and she shut that down. She told him that she didn’t want him back in the house until she was ready for that to happen and so she didn’t care if he was jealous of her trainer. Rasheeda said she was allowed to date and talk to people without running it past him because they were separated. Now, Kirk hadn’t liked that too much and so he tried to find another way of getting Rasheeda back before he loses his family.

And while everyone believed Scrapp was getting out of prison, his mother learned that he might not be up for parole until 2019 and so she’s trying to figure out why her son was being held so long on charges relating to a little weed!