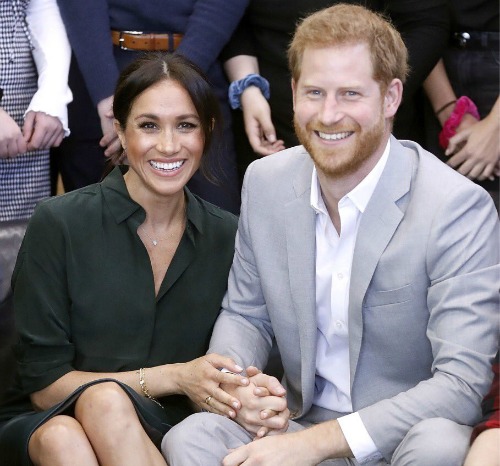 Meghan Markle is expecting her first child. Kensington Palace announced that Prince Harry and Meghan Markle are going to be parents in the Spring of 2019. The royal couple got married in Windsor Castle back in May.

Their Royal Highnesses have appreciated all of the support they have received from people around the world since their wedding in May and are delighted to be able to share this happy news with the public.”

Just last week there was speculation that the Duchess of Sussex might have been trying to hide her baby bump during Princess Eugenie’s royal wedding to Jack Brooksbank at St. George’s Chapel. The former Hollywood actress was photographed wearing a rather long, conservative and long fitting jacket. Many eagle-eyed royal observers had assumed that she was trying to hide what might have been her growing baby bump during the wedding.

After all, many royal fans know that the last thing Meghan would want to be accused of doing is steal the spotlight from Princess Eugenie on her wedding day by showing off her pregnancy to the world.

But now that Meghan Markle’s pregnancy news is official, all eyes will be on the Duke and Duchess of Sussex as they embark on their first international state trip together. Harry and Meghan touched down in Australia on Monday morning, during the same time that Kensington Palace announced their pregnancy.

The couple’s first official royal tour will include time in other Commonwealth countries, including Fiji, Tonga and New Zealand but are expected to be in Australia for about nine days. The royal couple opted not to have a public welcoming ceremony at the airport. Their jam-packed itinerary includes public picnics, farm visits and a Fluro Friday for mental health.

So far Kensington Palace has not made any additional comments about the pregnancy. The public will most likely not know the gender of Meghan Markle’s first baby until she gives birth. In the meantime, don’t forget to check back with CDL for all the latest news and updates on Prince Harry and Meghan Markle’s pregnancy along with the rest of the royal family right here.