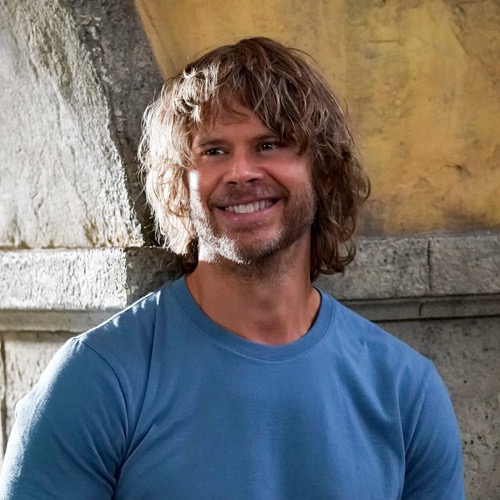 Tonight on CBS NCIS: Los Angeles returns with an all-new Sunday, October 14, 2018, season 10 episode 4 called, “Hit List” and we have your weekly NCIS: Los Angeles recap below. On tonight’s NCIS Los Angeles season 10 episode 4, as per the CBS synopsis, “A cartel hit list includes pictures of the NCIS team, as well as Mosley and her son’s names. Also, NCIS Deputy Director Louis Ochoa arrives with Special Prosecutor John Rogers to interview Mosley about the off-the-books mission in Mexico.”

The last time anyone has seen Hetty was right before the rescue in Mexico. She sort of disappeared after that and didn’t even bother to show up at a disciplinary hearing in Washing. Hetty left EAD Mosley to face Washington on her own and its been a never-ending battle for her. She got several reprimanded when she faced the bosses and she had come back out to LA to pick where she let off both professionally and personally, but for some reason, she was followed. Admiral Kilbride came back and he came with friends. He came with Deputy Director Ochoa and a special prosecutor from the Justice Department.

The special prosecutor was John Rogers. He’s had some run-ins with the admiral and the admiral was not a fan. He had actually been excused from the meeting with Mosley and so he watched everything unfold from the peanut gallery. He was with the team when someone remembered Kensi could read lips and the admiral backed them. He, like everyone else, wanted to know what was happening in the meeting and unfortunately, Kensi hadn’t had anything good to say. She saw how bad it was when Mosley lawyered up and once Mosley had left it had gotten really good. The special prosecutor wanted to make an example out of everyone that went to Mexico, including the team.

Rogers was also questioning the kidnapping. He started to say “alleged kidnapping” when the Deputy Director shot him down, only he believes that the Mexico trip was unnecessary and he clearly wants to prove that was the case for the official record. The team was in jeopardy because of this ongoing situation and Sam and Callen were talking about it as they reported to the scene of a crime. They got a call from their friend Sabatino and they didn’t know why they were called until Sabatino told them about the crime. A man by the name of Collins was executed and his killer had gotten away though not before the killer left behind his “hit list”.

The killer was a cartel hitman. He had the whole team on his list and he was trying to get to them by the photo he had in his possession. This hitman didn’t need to worry about finding Mosley because somehow he had gotten her file. He knew where she lived and he was going to go after her as well as her son Derrick. Derrick was still a kid and so it didn’t make sense why anyone would go after him. That is until the guys remembered they were dealing with the cartel. The cartel was known for going full scorched earth and they wanted to make a point with Mosley. There was a million dollar price tag on her head and so it didn’t have to be the hitman they were tracking – it could be anyone.

The team decided to trace the list to see if they could not get the person and they also needed to explain themselves to Mosley. Mosley had been in a session with her lawyer and no one wanted to disturb her, but they ultimately told her what was happening and by then it had been dressing. They already had someone watching her son and someone at her house. So her family was safe and the team even gotten a lead on where the hit list came from. The traced it back to a restaurant and found a computer savvy granddaughter that tried to run when confronted with the NCIS. And so the team had to chase after her.

They were able to catch her when Deeks knocked her out with his frisbee skills and, once they had her, they questioned her. They demanded to know who was behind the list because they knew it couldn’t be her and she tried to answer with them excuses. She said her grandmother’s restaurant was failing and that she needed the money. The team had already figured that part out and so they asked her about who she was in contact with. She said that she met a guy every week in Echo Park and they were able to trace that lead back to Hector Leyva. He was actually involved with the cartel and so the team went to his location.

Back at the office, however, Mosley had almost gotten herself arrested. She knew that her son was safe because the team told her so and so it was classic Mosley when she still wanted to her son with mini-armory in her bag. Both her lawyer and the Deputy Director told her to calm down. They said she was at risk of getting arrested and that she couldn’t afford to give Rogers anything he could use against her. She soon got to see her son anyways because he was brought to her and so her lawyer tried to reason with her. The lawyer wanted Mosley to throw Hetty under the bus and say it was all Hetty’s fault.

Mosley knew if she did that, not only would she would lose her team, she would have also destroyed Hetty’s career. She wasn’t sure she wanted to return Hetty’s help by betraying her and was still considering her options when the team once again got in some trouble. The agents that had gone after Leyva had gotten into a shoot-out that resulted in the death of four cartel members and no one was happier to learn of this than Rogers. Rogers wanted to go after the team for more than just Mexico. He asked Eric about the time he was out in the field and had to kill two people. He also crowed that the team was making things too easy on him when he learned of the four dead.

It didn’t matter that the team hadn’t opened fire first. What mattered was what could be laid at their door and Rogers very clearly wanted to label this team as “negligent”. Mosley seemed as if she realized this when she approached Rogers alone and asked him what she should she do to make the case against her go away.

Hetty had also realized something was happening and she called Callen to warn him that he should stop worrying about her.

She said she was safe and that she’ll keep an eye on the team but she wanted Callen to just stay focused on keeping the team safe.

And so now Callen has no idea what’s happening.