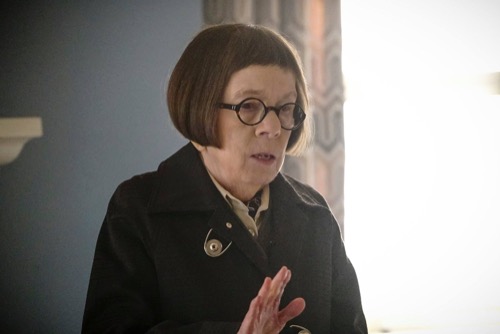 Tonight on CBS NCIS: Los Angeles returns with an all-new Sunday, April 29, 2018, season 9 episode 20 called, “Reentry” and we have your weekly NCIS: Los Angeles recap below. On tonight’s NCIS Los Angeles episode, as per the CBS synopsis, “Callen, Sam and Nell travel to the Angeles Forest to search for pieces of a failed rocket launch, including a top-secret government device. Also, Hetty tries to help Keane acclimate to life in the states.”

The team were asked to assist on a case at Proxima Aerospace on tonight’s all-new episode of “NCIS: Los Angeles”.

Proxima was a multi-billion dollar company. They were responsible for launching rockets into space for what they termed as expedition trips and there were also given the task of delivering many of the country’s spy satellites into said space, so they were a pretty big deal. The company had important contracts that needed to be fulfilled and they thought everything for their last rocket launch was foolproof to the point they publicly announced it. The whole world was watching when that Janus III rocket launched and that meant they also the moment when something went wrong with the launch. It was doing fine until it exploded for seemingly no reason and so the Department of Defense, as well as every federal investigational department, had been brought in to figure out what went wrong.

Again, there should have been nothing wrong with that launch and so right away someone had looked into sabotage. They found something off about the code used to launch because it appeared that someone had added more thrust than what was needed and so NCIS had gotten split up to handle two ends of this investigation. Mosley had Sam, Callen, and Nell go out in the field to assist the search team that was hoping they could find the more pieces of the rocket and she also had Kensi, Deeks, Hidoko, and Eric question the suspect they had in custody at the boatshed. The woman that was brought to the boatshed was a coder and the first thing she told both Kensi and Deeks was that they made a mistake. She said she couldn’t have done what they said she did.

The woman explained that she had worked for years on that launch and that she would never jeopardize it. The team naturally didn’t believe her and had asked her who paid her off, but she stuck to her story and later Eric found evidence that vindicated her. He found the code that was used on the failed launch and he noticed that he didn’t seem like their suspect wrote it. Eric even asked the coder to write a piece of code for him and that showed she didn’t use tab when she wrote code. She actually used spacing and whoever had changed the code on her computer hadn’t known that about her, only the one person that can use her computer without drawing notice was her boss Donald Jenkins.

Donald wasn’t too bright. He had gone to the boatshed as a representative of Proxima Aerospace and when he felt the walls closing it he tried to take a swing at Hidoko. Hidoko was able to easily restrain him and therefore Donald blew his cover for nothing. He also wasn’t smart enough to hide why he crashed the rocket because a quick financial search showed that he had gambling debts that miraculously disappeared right around the same time he changed the code, so Donald was questioned and the team leaned on him because they had heard from the other team in the field. They learned that the rocket was carrying top secret government payload and that three federal agents looking for it had been murdered. And so Donald was looking at charges of murder as well as treason.

After he heard that, Donald started telling NCIS everything. He told them that a man approached a few days ago offering to pay his debts and that he got half the money to crash the rocket and that he’d get the other half after they get the payload. Donald said the guy that paid him was Franco Martinez and Martinez was too low-level to be the mastermind of everything that happened. The team knew that Martinez was working for someone and so Mosley told them to use Donald. Donald was going to call Martinez and ask him to rearrange his payment. The plan was to give Donald a USB that he would claim could help Martinez find the payload much quicker and that in exchange Donald wanted his money right away instead of after anyone got the payload.

Donald was nervous, but he did as they asked and was forced to change the plan midway because Martinez demanded to take Donald to his boss. His boss as it turns out was Sajad Khadem. Khadem was an Iranian businessman and the reason he wanted the payload so bad that he was willing to kill for it because the top-secret payload had the capabilities of tracking the Iranian nuclear program from space. So everyone wanted this payload from Khadem to the US Government and the people that ended up finding it was a couple out in the woods camping. The couple had radioed that they found something and unfortunately everyone had heard that. Sam and Callen had needed to act fast to rescue the couple and they were luckily able to get the two out alive and protect the payload. What they couldn’t do was figure out who was the spy.

There was a spy within the DOD that had tipped off the Iranian about the payload and so the guys waited until one of them tried to make a run for it in order to catch the thief in the act. Except they had all liked Melissa Gates. She had been funny and goofy, so her betrayal had blindsided everyone. It luckily hadn’t affected how things played out with the other team and Khadem. Khadem had tried to kill Donald after finding out Donald was talking to the feds and so Kensi and Deeks both moved in. They saved Donald’s life and they captured Khadem even if he wasn’t talking.