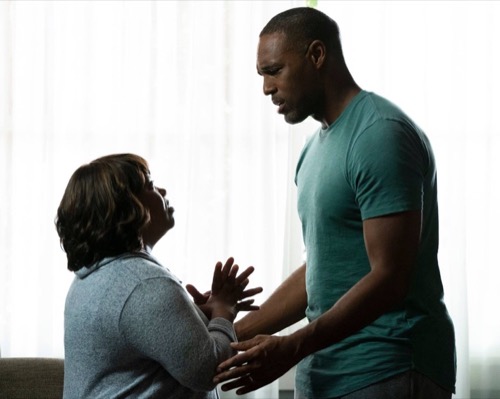 Tonight on ABC Station 19 returns with an all new Thursday, November 01, 2018, season 2 episode 5 called, “Do a Little Harm…” and we have your Station 19 recap below. On tonight’s Station 19 season 2 episode 5 as per the ABC synopsis, “Capt. Sullivan continues his efforts to bring together the fire and police departments by hosting a training seminar that does not go as planned. Meanwhile, Ben and Miranda have an honest conversation about their marriage, leading Miranda to make a tough decision about their future.”

Tonight’s Station 19 season 2 episode 5 looks like it is going to be great and you won’t want to miss it.   While you’re waiting for our recap make sure to check out all our TV recaps, news, spoilers & more, right here!

Dean had let Jack move in with him because he could see that his friend needed someone, but there was a problem with them leaving together because sadly Jack didn’t nothing a single thing about boundaries on tonight’s all new episode of “Station 19”.

Jack didn’t really have family. He grew up in care and had hated it so much that he ran away several times in his youth. He confessed this to Dean and so Dean had wanted to be there for his friend. He told Jack that he could move in and watched as Jack rearranged everything. The man proceeded to move the furniture around and had even opened up Dean’s mail without his knowledge. It was how Jack found out that Dean was celebrating his birthday. He wished his friend a “Happy Birthday!” and, when Dean questioned how he knew, he pointed to the opened package. That’s what finally pushed Dean over the edge. He told Jack that there had to be some rules at the house and one of them was not touching his mail.

Dean hadn’t really cared about it being his birthday. He said he didn’t want to celebrate it and asked Jack not to mention anything to the guys, only Jack couldn’t help himself. He went in and told everyone he could. The only person he hadn’t mentioned it to was Ben. Ben was enjoying a day off with his wife and so he missed all the drama. Jack had tried to arrange a little surprise party for Dean and, well, that hadn’t worked for him because Vic couldn’t keep a secret. She was bursting at the seams when Dean came in and so he just stood in front of her until she admitted to everything. Like how she knew it was his birthday and that there was a party in play. And so Dean tried to put an end.

Dean told his friends that there wasn’t going to be a party and moments later the Fire Chief walks in to wish a “Happy Birthday”. The news about this party was getting out there and no matter what Dean did he soon learned that nothing was going to stop this party. His friends were enjoying how uncomfortable he was about this party and so one or another they were going to use this party to tease their friend. They were in the middle of doing that when Ripley dropped another bomb on them by congratulating Maya for filling out her application for lieutenant. Ripley left afterwards to go talk to Sullivan and so he didn’t see how much he upset Maya and Andy. Andy was supposed to be Maya’s best friend and she tells Maya everything.

Andy was complaining just that morning that she didn’t know what to do about Ryan because he was the one that pulled one and she knew that he was going through a hard time with his father being in town, but not once did Maya ever tell Andy her own news. Andy had to find out from their Fire Chief before she learned it from her friend and so she asked why. She wanted to know why Bishop hadn’t used the countless opportunities to talk and Maya said she hadn’t wanted to bring up. Maya left things at that and so Andy had been confused because she didn’t know if it was something she said or did or didn’t do. She was still wondering what happened when Maya walked off and the only person that went after her had been Jack.

Jack wanted Maya to know that if she was coming after his job that he would fight with her every inch of the way. The two got into a competitive battle of the wills and they even made their assignment that day into another competition. Their station was chosen to teach the CPR and emergency care class to Seattle PD and they were both interested in Officer Kingsley. Kingsley was cute and the firefighters were interested in getting her number. They went out of the way to make the class an interesting one and they had laughed it up when they went over the certain procedures. In time, they had forgotten their rivalry and were enjoying themselves when Sullivan put a stop to it.

Sullivan informed them that the class wasn’t a laughing matter. He said that someone could die because they failed to teach the police officer properly and he added to Maya that he was especially shocked by her behavior because he expected more from her. Maya had done her best to get over it because she thought Sullivan lost his cool and she hadn’t been wrong. Sullivan wasn’t acting like himself. It was the anniversary of his wife’s death and he blames himself for it because he had been the first responder to the scene. He hadn’t been able to help his wife and so his best friend Ripley took over. It was Ripley that had to make the call because Sullivan hadn’t been in any sort of state to make decisions and so her dying was something Sullivan thought he could have stopped if only he had known more.

Sullivan later caught Bishop once again laughing during the class and he tried to tear into Maya yet Andy wasn’t having it. She informed him that if she gets in trouble it will be because she picked a fight with her commanding officer and she said that she would do it again because Sullivan was in the wrong. It was one thing to doubt Maya when it was just the station and another to call her out in front of everyone to make it seem like Maya wasn’t one of his best firefighters around. Andy fought for her friend and Ripley made sure there wouldn’t be any repercussions. He “advised” Sullivan to take the rest of the day off and before he left he told Andy to never let anything get in the way of her friendship with Maya. He said it was a rare thing.

Ripley had stayed on at the firehouse and he even got in on the cake when they threw the surprise party for Dean. Dean hadn’t wanted to celebrate his birthday because his family was pressuring to give up being a firefighter and join the family business. They didn’t want to worry about him being on the job and unfortunately they weren’t afraid to threaten to Dean. Dean said that they would cut him off financially and just as family. So he was going to ignore their ultimatum! He wanted to enjoy himself with his friends and he went back to his party. He also finally got through to Jack that sometimes they didn’t need to share everything and so Jack apologized from pushing his way onto Dean. He now knows that Dean already has enough of that from his family.

Maya had also apologized to Andy. She said she knew how competitive she gets and that she didn’t want to get that way if she told Andy what was happening. Only Andy said it wouldn’t have mattered to her because Maya was her best friend and there was nothing that Maya could do that would push her away. And so they two enjoyed the party while Ben came back not for Dean, but to sort of move in.

Ben’s wife Bailey had needed a separation because she hates Ben’s new job and how anxious it makes her feel.

So Bailey told him that she simply needed time to herself.