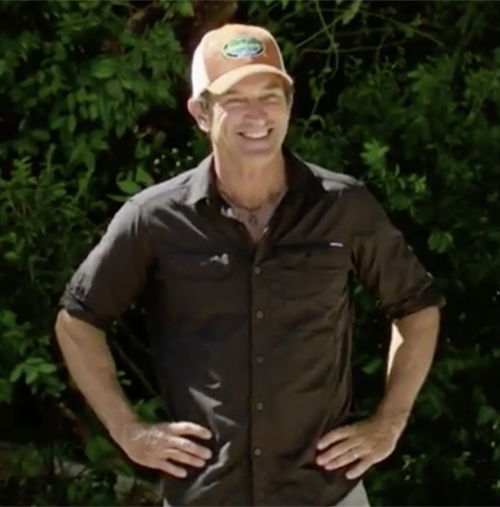 Tonight on CBS Survivor: Ghost Island airs with an all-new Wednesday, May 16, 2018, Season 36 Episode 13 and we have your Survivor recap below. On tonight’s Survivor season, 36 episode 13 called “Always Be Moving,” as per the CBS synopsis, “After a tough immunity challenge, one castaway will earn a one-in-six shot at the million dollar prize.”

It was a bit of a rough nite for Kellyn at the last Tribal Council as one of her closest allies went home and her new alliance did not work out; she finds herself on the bottom and is willing to talk to anyone to help save her game.

Laurel and Donathan are talking about taking out one of the big guys, it is time for them to make a move, but it is risky. Meanwhile, Donathan is willing to do whatever he has to do to win even if he has to get rid of Laurel in the end.

Donathan approaches Kellyn to get her vote, she is happy that he wants to work with her.

Time for the Reward Challenge and they are going to be divided into three teams of two, on Jeff’s go they are going to drop a wooden spool, it’s going to roll to the bottom, they have to grab it, race back to the top. At regular intervals, they will add additional spools making it more difficult, if at any point a spool drops, they are out. The last pair standing wins reward will have the pair serving as Survivor Ambassadors of Goodwill delivering much-needed supplies to a local school – they are going to make a lot of children and teachers happy; afterward, they will celebrate with fried chicken and chocolate cake. They draw for captains; Kellyn is a captain and she chooses Sebastian, Wendell is a captain and he chooses Domenick, Donathan is a captain and he chooses Laurel. Angela is not chosen, she does not participate in the challenge and has no chance of winning. Kellyn and Sebastian are out. Donathan and Laurel are out. Domenick and Wendell win reward; they get to choose one person to join them, they choose Laurel. Another decision, they have to send someone to Ghost Island, they send Sebastian.

Sebastian arrives on Ghost Island and he is happy, he thinks it is critical at this point to get an advantage. He has to smash an urn and it tells him to follow the fire. He has to choose one out of four tubes to find an advantage, it is a key which gives him an advantage in the game. This advantage is an authentic Steal A Vote that sent Michaela home in Survivor’s 34th season and was misplayed by Kellyn this season, it no longer holds the power to Steal A Vote, but you can use it as a secret extra vote. Laurel, Wendell, and Domenick arrive at the small town to bring the children the supplies. The guys took Laurel because they wanted to secure their alliance with her, she loves them, but the game comes first and she will backstab them if she has to.

Time for the Immunity Challenge. They have to race to retrieve two bundles of planks, they will use those planks to build a bridge, then cross it and come to a tower where they will build a ladder. Once they reach the top, they have to solve a Survivor puzzle. The first one to complete the challenge wins immunity.

Laurel wins immunity and is safe at Tribal Council. Wendell makes a comment, he says he was done before Laurel, he didn’t call it though.

Laurel wanted to get rid of Wendell but now she has second thoughts because of the way the Immunity Challenge played out. Laurel is going to go with the smart move, she is going to get rid of Kellyn. Domenick agrees and it seems the general consensus on the tribe. Meanwhile, Donathan asks Laurel if they are going to blindside him to please let him know. Domenick overhears and tells him that he is not a threat. That one comment worries Wendell.

Donathan sees Domenick put something in Wendell’s bag, he says it is nothing and nothing to do with Tribal Council. Donathan says he is not worried about it, but it is worrying him. Donathan feels like he has to go for broke at this point. Donathan goes to see Kellyn and tells her that he thinks that they are going to try and get rid of him.

At Tribal Council, Domenick says they are falling apart physically and mentally. Wendell agrees, he says he is not as sharp as day one. Domenick tells Jeff when Donathan changed gears earlier in the day when he saw Domenick put something in Wendell’s bag. Domenick asks Donathan if he can say something, Donathan says no and there is complete silence. Donathan tells Jeff that he thinks they are going to vote him out tonight. Donathan and Kellyn are both nervous, but Kellyn is really happy that Donathan is digging his own grave with what he said to Domenick.