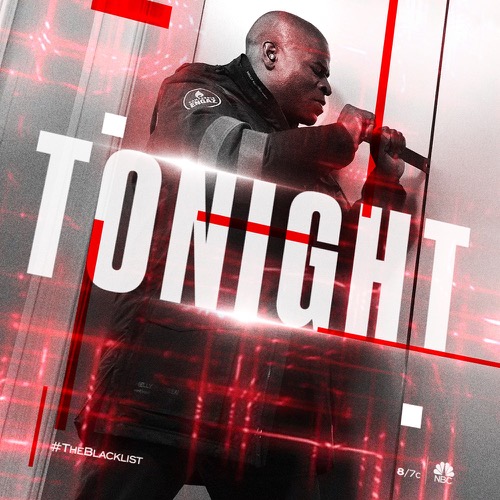 Tonight on NBC their hit drama The Blacklist starring James Spader airs with an all-new Wednesday, April 11, 2018, episode and we have your The Blacklist recap below. On tonight’s Blacklist Season 5 episode 18 called, “Zarak Mosadek”,  as per the ABC synopsis, “In an attempt to apply pressure to Ian Garvey, Red and the Task Force head to Paris to track down a prominent heroin supplier for the Nash Syndicate. Distrustful of Red’s agenda, Liz takes her own path in going after Garvey.”

A boy is kidnapped. Meanwhile, Cooper and Liz are frustrated because internal affairs think the evidence against Garvey is circumstantial. There are many complaints against Garvey but Internal Affairs will not release them and say they are confidential.

Liz goes to see Red, he gives her the port manager’s ledger, Red says the port manager is the go-between for the Nash Syndicate and their supplier in Afghanistan, Zarek Mosadek’s name is in there and he runs an international opium operation. Red says they need to get leverage over Garvey’s supplier and they will get leverage over him. Liz heads to the bureau and tells them about Zarek Mosadek, he is Afghanistan’s deputy interior minister and the country’s biggest drug dealer. Red knows Zarek is untouchable in Afghanistan but he also knows that Zarek is headed to Paris. Cooper gives the go-ahead to head to Paris.

Samar and Ressler are on the plane, Red is surprised that Liz is not there. Liz stayed back to convince Aram to get her the file on Garvey from Internal Affairs. Red abandon’s Samar and Ressler when they get to Paris to find Zarek before them.

Amar and Liz come up with a plan to get the file, they are successful. Red goes to see Samar and Ressler, he knows where Zarek is staying in an 8th-floor penthouse and he has the address. There are two guards outside, two inside, two in the lobby and one guy as a lookout.

Ressler thinks they won’t be able to get inside and it would take weeks to do. Red disagrees, he has a plan. Red wants them to carry out his plan while he has coffee with a contact at a cafe who will get them in contact with someone to rig the elevator.

Liz is with Amram and they are going over the file. Zarek looks out his window and the goes to head out of his penthouse while Samar and Ressler have an eye on him. Zarek heads in the elevator, it is rigged but it stops on the third floor, something went wrong so Ressler goes in to aid. Dembe and Ressler get Zarek, they head out of the building and get him in a van in enough time to get away.

Aram tells Liz about what happened with Samar and the ring, Liz just tells him to come right out and propose to her. Meanwhile, the two are on a stakeout and Garvey is meeting someone at a pub and they look on. Zarek gives Red a bag full of diamonds, he thinks Red has his son. Red says no, he didn’t take him, he wants him to cut his ties with Garvey. Red says if he gives him what he wants, he will get his son back – Zarek thinks the Taliban took his son.

Cooper asks Cynthia for help with finding the boy, she says no and that her hands are tied and so is his. Aram can’t find a reason why Garvey is in the pub, Liz is surprised that after 45 minutes he hasn’t used his phone and only drank a beer. He drove an hour to get a beer, Liz doesn’t buy it. Garvey meets one of the staff outside the pub and kisses her goodbye, Liz wants to find out their connection.

Zarek is at a cemetery, a guy walks up to him and tells him to walk forward, a kid tells him to give up his cell phone and radio in his ears or they will kill his son. Zarek vanishes, Ressler and Samar don’t know how he vanished from their site. Red tells them to go into the catacombs, the people who took Zarek’s son probably took him as well and have him down there.

Zarek is in the catacombs, he gives the kidnappers the diamonds, they bring in his son and put a plastic bag around his head to kill him if he doesn’t give them three names. All of a sudden gunfire erupts. Meanwhile, Red is in the church above and tells everyone there is a gas leak and they need to get out. Gunfire erupts, Dembe and Red save Zarek and his son, Zarek hands the diamonds to Red, he gives them to the person who manages the church and tells her he hopes it covers costs.

Liz is at the pub, it is closing time and she tells the girl, who is the last one there that she forgot her purse. Once inside, Liz shows the girl her badge and tells her that she needs to go with her. Meanwhile, Red is speaking to Zarek and tells him that he needs to arrange a meeting with Garvey. Liz tells the girl that the bureau is investing Garvey, she says she knows that he is good at his job and is highly respected, Liz tells her that Garvey killed her husband.

Cooper is happy that the boy was found, he denies to Cynthia that the bureau had anything to do with it. Samar has it out with Aram about the ring, she gives it back to him until they discuss why the ring was given to her and she tells him to stop looking at Liz and Ressler for relationship advice. The girl who was hugging Garvey says that he has protected her since she was a child from her real father, Red.