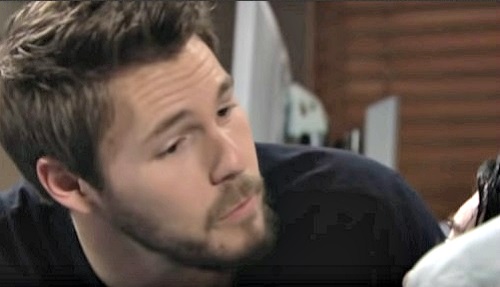 The Bold and the Beautiful spoilers documented Liam’s (Scott Clifton) consistent indecision. But Steffy’s (Jacqueline MacInnes Wood) health crisis and hospitalization finally brings Liam to his senses and Steam back together, which may also lead to remarriage.

Hope (Annika Noelle) wants to believe that Lope will still be married. Nuh-uh, not going to happen any time soon Miss Logan. Even if you are pregnant, which could surely be possible on B&B, Liam realizes now that he must be with his just-annulled wife.

Newer soap fans will need to reread the last sentence in the above paragraph. Tenured fans weren’t fazed, but will wait for those they are mentoring. Okay, ready? Now, let’s touch on the recent past and look toward the future.

Lope was standing in Brooke’s (Katherine Kelly Lang) outstanding abode. That palace is incredibly ginormous from the outdoor scenes that are shown, yet various indoor views only reflect modest-sized rooms. Yes, set building in the real world does have its limitations.

Wyatt (Darin Brooks) filled his brother in on during the intended nuptials about what Dollar Bill (Don Diamont) did. Liam was understandably, emotionally thrown. 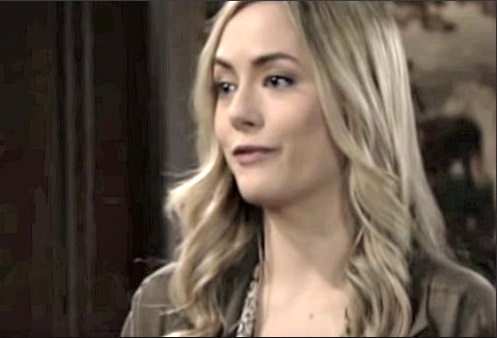 Hope waited as long as she could for her interrupted groom, went back up the stairs she previously descended in her beautiful dress and asked to be filled in. With too much to digest, Hope then postponed the wedding. But she didn’t call it off.

Steffy learned what happened from Ridge (Thorsten Kaye), whose wise perceptions were fully vindicated by the truth Wyatt told. Steffy then went to see Liam at the Lincoln log cabin on the grounds of his almost mother-in-law’s estate.

The next day Liam confronted his dad. Later, Liam received sound advice from his former and hopefully again father-in-law, Ridge. However, Bill went to see Steffy to re-pledge his love and belief in their eventual pairing while that was happening.

Diamont’s dastardly character departed the cliff house only when Steffy screamed for him to leave and threatened to call the authorities. Steffy slammed the door and then tripped. Baby Kelly and her mom were physically jolted, so Liam received a panic call.

Yes, sometimes it does take a near-tragedy to wake people up. People? No, this scribe meant Liam. Now dude you better darn well stay with the mother of your child throughout her pregnancy! Remarry her as well, though the audience knows you’ll probably analyze the choice endlessly.

And another thing Liam, don’t give your dad a chance to take Steffy. Check that DNA test to make sure Bill isn’t Kelly’s dad and hope (pun intended) that the results show he’s not.