The Bold and the Beautiful Spoilers: Bill’s Blast from the Past, Plays Up Romantic History with Steffy To Win Her Back

BY Heather Hughes on May 11, 2018 | Comments: one comment
Related : Soap Opera, Spoiler, Television, The Bold and the Beautiful 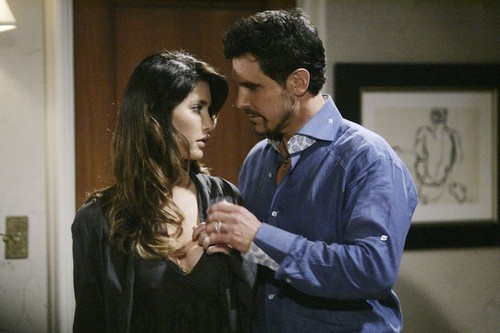 The Bold and the Beautiful (B&B) spoilers tease that Bill (Don Diamont) will remain confident about his future with Steffy (Jacqueline MacInnes Wood). She’s given him no indication whatsoever that she wants to be with him, but Bill just can’t let it go. He’s convinced they belong together, so he’ll keep doing everything in his power to lock down this relationship.

The first phase of Bill’s plan has paid off. He manipulated Wyatt (Darin Brooks), which botched Liam (Scott Clifton) and Steffy’s reunion. Ridge (Thorsten Kaye) isn’t fooled, but Bill won’t worry too much about his rival. He’ll believe that he’s in total control of his pawns and that’s what’s important here. 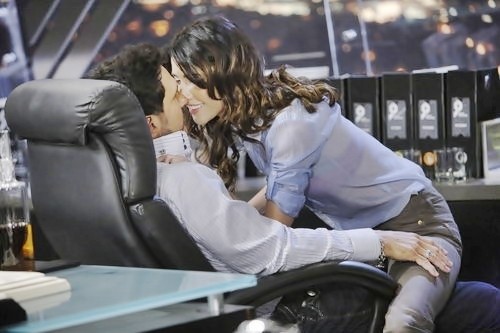 Now that Liam and Hope (Annika Noelle) are back on track, it should give Bill even more hope for a life with Steffy. Despite her repeated rejections, Bill will stay focused on achieving his dreams. The Bold and the Beautiful spoilers say Bill will have to handle a few threats, but he’ll stick to his plan. Even when Wyatt finally gets a clue, Bill will take the necessary steps to keep him quiet.

B&B fans know Bill’s deception will be revealed sooner or later, but they have to let the rest of the story play out first. The Bold and the Beautiful spoilers state that Bill will truly fight for Steffy. He’ll rev up his efforts to show her what she means to him. Bill won’t walk away until Steffy realizes they share something special – at least in his mind they do! 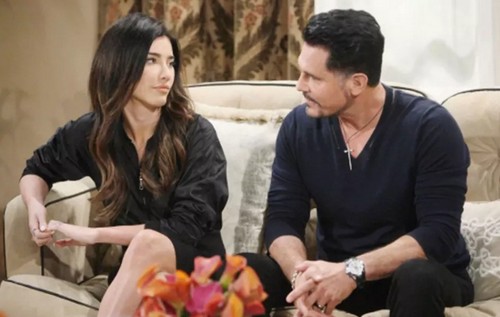 During the week of May 14-18, Steffy will be annoyed as Bill makes another pitch for their future. She’ll wonder when he’s going to give it a rest. However, Bill will force Steffy to calm down and listen. He won’t go anywhere until she hears what he has to say.

Bill will hope that a trip down memory lane will boost his chances. He’ll talk about some significant moments in their romantic history. Several years ago, sparks flew between Steffy and a married Bill. He nearly left Katie (Heather Tom) for her. Bill may suggest that their connection is as strong now as it was back then. He’ll even do some redecorating to give Steffy some reminders of their past together.

Steffy will undoubtedly send Bill away again, but will he make progress? If Liam refuses to end things with Hope, could we see a real “Still” reunion? We’ll give you updates as other B&B news comes in. Stay tuned to the CBS soap and don’t forget to check CDL often for the latest Bold and the Beautiful spoilers, updates, and news.