The Bold and the Beautiful Spoilers: Comings and Goings – Exciting Debuts, Big Returns and Fun Shockers

BY Heather Hughes on March 8, 2018 | Comments: one comment
Related : Soap Opera, Spoiler, Television, The Bold and the Beautiful 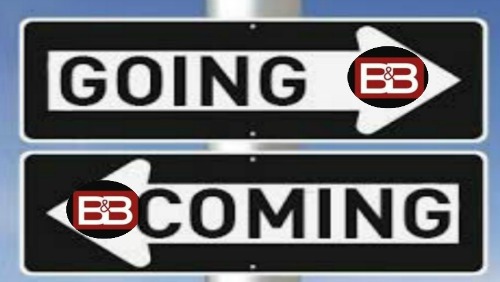 The Bold and the Beautiful (B&B) spoilers reveal that there’s some comings and goings news to pass along. For starters, Jeremy Ray Valdez is portraying Detective Alex Sanchez. Since he’ll be helping Lt. Baker (Dan Martin) out with the attempted murder investigation, Detective Sanchez will likely pop up for several episodes.

Another new cast member is ready for her debut as well. Nia Sioux has scored the role of Emma, a Forrester intern. She seems excited about taking on the part and getting a little airtime on the popular CBS soap. On Instagram, Sioux posted a pic of herself at the studio. She had a huge smile on her face and added a great caption to go along with it.

Sioux gushed, “I’m on set of the world’s most watched daytime drama #BoldAndBeautiful! Tune in April 24th and see me…” The Bold and the Beautiful spoilers suggest that the shooting could affect business for the Forrester family. After all, there are bound to be serious accusations hurled at key players. Once Bill (Don Diamont) recovers, he could also start a vicious corporate war.

Forrester Creations will need all hands on deck, so it’s good that they’ll have an extra intern around. Maybe Emma can supply enough coffee to get everyone through this crisis. In the meantime, Thomas (Pierson Fode) will kick off his latest stint. Since Courtney Hope’s (Sally) contract wasn’t renewed, B&B buzz suggests Thomas may eventually usher his love off canvas. Of course, he has to win her back first!

As for Hope’s future, she just might trade her Bold and the Beautiful role for one on The Young and the Restless. A Soap Opera Digest blind item says one actress is about to do a soap switcheroo, so we’ll keep an eye on the situation for you. There could be some big news soon.

A different blind item hints that a fan favorite is headed back to one daytime drama. Could that be about B&B, too? If so, Caroline (Linsey Godfrey) may be an option. She might as well join the list of suspects and play a role in the shooting aftermath. It would certainly be nice to see Caroline again.