The Bold and the Beautiful Spoilers: Desperate Bill Begs Brooke To Testify On His Behalf In Custody Case

BY hellodrdavis on August 28, 2018 | Comments: one comment
Related : Soap Opera, Spoiler, Television, The Bold and the Beautiful 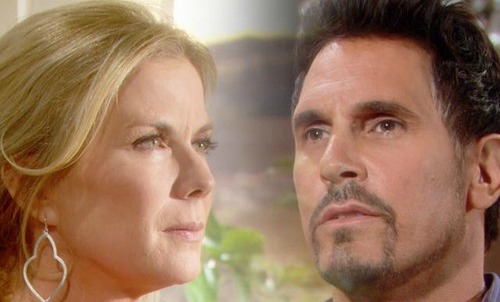 The Bold and the Beautiful spoilers tease that Bill (Don Diamont) will find himself in a predicament. He’s looking at a full-scale custody battle for Will (Finnegan George) with Katie (Heather Tom), and people are lining up to support Katie left and right.

Of course, Thorne (Ingo Rademacher) and Ridge (Thorsten Kaye) are squarely in Katie’s corner and think that Bill should have nothing to do with Will. They’re getting Katie set up with Carter (Lawrence Saint-Victor) as her legal representation and will do just about anything to make sure Bill is stripped of custody.

But Bill is going to be hard pressed to find support among his friends and family. He’s always got Justin (Aaron D. Spears) on his side, but other than that, who does Bill have? His adult sons probably won’t support him. He and Liam (Scott Clifton) are still estranged as a result of Bill’s lies and manipulations when he wanted to take Steffy (Jacqueline MacInnes Wood) from Liam.

Bill’s on slightly better terms with Wyatt (Darin Brooks) these days, but it’s still hard to imagine either Wyatt or Liam actively supporting Bill and putting themselves out there as advocates of Bill’s fatherly skills and affection.

The only person who has expressed any tendency to support Bill is Brooke (Katherine Kelly Lang). Brooke was genuinely shocked when she learned that Katie was considering going for full custody of Will, and she’s going to strenuously voice her objections to the idea of Bill losing access to his son.

B&B spoilers say that Bill will turn to Brooke about Will’s custody. Given their history, Bill may feel that Brooke’s the only person who would understand his position, or perhaps he’ll get whiff of the fact that Brooke is inclined to take his side in the matter and he’ll subsequently approach her.

Whatever the case, Bill will seek out Brooke’s support. But knowing Bill, he’ll want something more. B&B spoilers say that Bill will make a request of Brooke. Perhaps he’ll want Brooke to try to talk some sense into Katie.

Or maybe he’ll be looking to secure Brooke’s testimony at the custody hearing. Katie will surely have loads of people willing to testify about her merits as a mother, and Bill will need someone to testify on his behalf. At this point, Brooke may be the only person he’s got who’ll be willing to say anything nice about him!

Of course, if Brooke agrees to testify on Bill’s behalf, that means that she’d be testifying against her own sister, which could be tricky. She’d also be subject to cross-examination by Carter and may have to spill some sordid details about her own behavior with Bill in the past. The whole thing could backfire.

Do you think that Brooke will agree to testify on Bill’s behalf in the custody case? And do you think it will really help Bill’s case, or could it hurt? Stay tuned to the CBS soap and don’t forget to check CDL often for the latest Bold and the Beautiful spoilers, updates, and news.