The Bold and the Beautiful Spoilers: Detective Sanchez Focuses on Shocking New Suspect

BY Kinsley Goldman on March 24, 2018 | Comments: one comment
Related : Soap Opera, Spoiler, Television, The Bold and the Beautiful 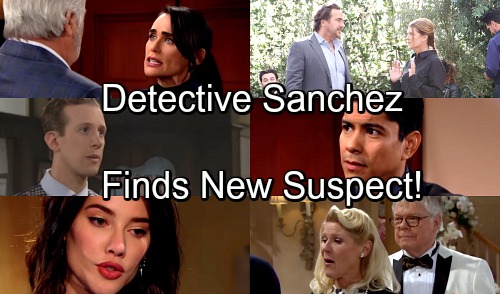 The Bold and the Beautiful (B&B) spoilers tease that Brooke (Katherine Kelly Lang) will soon be on a mission. Ridge (Thorsten Kaye) was recently arrested, so that’ll bring some difficult moments for Brooke in the week ahead. Nevertheless, Brooke will push through her pain and fear. She’ll concentrate on doing whatever she can to prove Ridge’s innocence.

Brooke will get the Forrester family on her side, so at least Ridge will have a support system in place. However, it’s going to take more than that to get Ridge off the hook. The Bold and the Beautiful spoilers say Carter (Lawrence Saint-Victor) will agree to pitch in. It sounds like Brooke will ask him to speak up for Ridge with Detective Sanchez (Jeremy Ray Valdez). 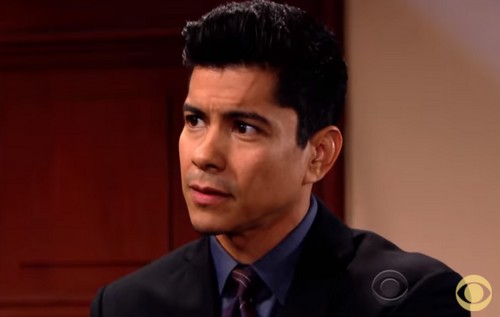 Carter will indeed seek out Sanchez in hopes of pleading Ridge’s case. He’ll poke holes in Bill’s (Don Diamont) story and argue that the facts don’t entirely add up. Like everyone else, Carter knows that Ridge loathes Bill. He’ll point out that hatred alone doesn’t mean Ridge is guilty of attempted murder. As for Ridge’s earlier fight with Bill, that doesn’t prove anything either.

Carter will push Detective Sanchez to keep searching for the right culprit. He’ll do whatever he can to score Ridge’s freedom, but that plan could hit a few snags. After mulling over the potential shooter, it looks like Ridge will consider making a confession. He’ll do his best to protect someone, so that could make Carter’s job a lot harder. 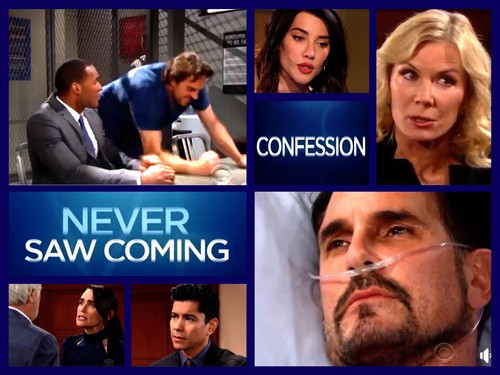 Still, is seems Carter will do enough to plant some seeds of doubt. Sanchez will start to wonder if there might be something he’s missing. He’ll go back to his suspect board and contemplate other options. B&B spoilers say Detective Sanchez will eventually focus on another possible shooter. Somebody besides Ridge could land in hot water before the week’s over.

Who will be the next person to end up behind bars? Could Sanchez concentrate on someone new like Pam (Alley Mills), Quinn (Rena Sofer), Sheila (Kimberlin Brown) or even Saul (Alex Wyse)? We’ll give you updates as other Bold and the Beautiful news comes in. Stay tuned to B&B and don’t forget to check CDL often for the latest Bold and the Beautiful spoilers, updates and news.