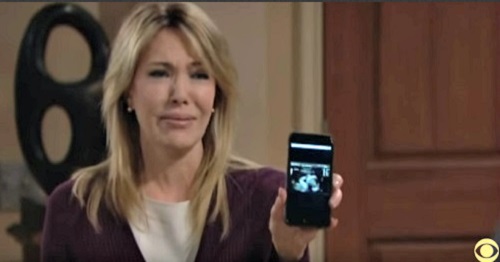 The Bold and the Beautiful (B&B) spoilers for Friday, April 13, tease that Steffy (Jacqueline MacInnes Wood) will struggle to wrap her head around Liam’s (Scott Clifton) news. He just revealed that he suffered a concussion and shot Bill (Don Diamont) after witnessing the proposal. Obviously, Steffy will have a hard time processing that. She never in a million years thought Liam would be the culprit.

Liam will admit that it took a while for the pieces to come together, but now he’s absolutely sure he’s to blame. He might add that he considered coming clean, but Hope (Annika Noelle) did her best to talk him out of it. Still, Liam’s guilt will remain. He may wonder if he should just make a full confession and accept his fate.

Of course, Steffy will suggest that she’s on Hope’s side for once. She’ll undoubtedly agree that Liam can’t turn himself in. Steffy will likely bring up their baby girl and argue that they both need him. She’ll want Liam to come home and let her give him the support he needs. Steffy will feel like it’s more important than ever to stand united. 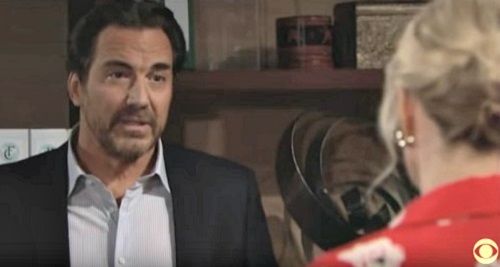 Will Liam come clean about what Bill’s trying to pull? Will he share that Bill’s got a blackmail plot in motion? Steffy would certainly be appalled by that tidbit. Whatever the case, these two still have lots to talk about. Across town, Taylor (Hunter Tylo) and Bill will have more to cover as well. B&B fans can expect Taylor’s outburst to escalate.

The Bold and the Beautiful spoilers say Taylor will pull out her phone and shove a sonogram pic in Bill’s face. She’ll argue that this was supposed to be the happiest time of their lives. Taylor will sob as she shouts that Bill ruined it. She’ll think he’s a monster for getting in the middle of what should’ve been a beautiful family. Bill will make excuses, but it’s clear that Taylor’s had enough.

Elsewhere, Ridge (Thorsten Kaye) will continue to fume over Bill. He’ll tell Brooke (Katherine Kelly Lang) that what Bill did was unforgivable. Brooke will sense that Ridge could snap if he’s not careful. She won’t want him to do anything he might regret – like go after Bill and land behind bars again!

She’s back! 👏 What do you think Taylor will do now that she’s returned to Los Angeles? #BoldandBeautiful pic.twitter.com/978nPdjz1l