BY Heather Hughes on February 22, 2018 | Comments: one comment
Related : Soap Opera, Spoiler, Television, The Bold and the Beautiful 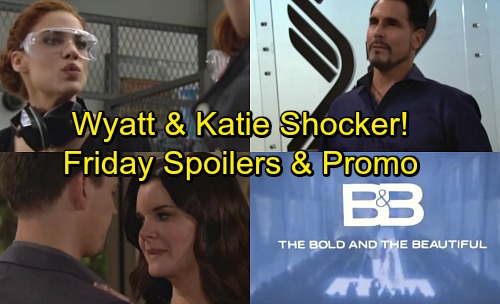 The Bold and the Beautiful (B&B) spoilers for Friday, February 23, tease that Sally (Courtney Hope) will blow off some steam at the shooting range. She’ll be fuming over her latest confrontation with Bill (Don Diamont). Sally will fill Shirley (Patrika Darbo) in on all the drama that went down.

Since Liam (Scott Clifton) no longer works at Spencer Publications, Bill doesn’t see any reason to honor his agreement. Sally will rant about Bill breaking his promise and refusing to relocate Spectra. The Bold and the Beautiful spoilers state that Shirley will be equally disgusted. 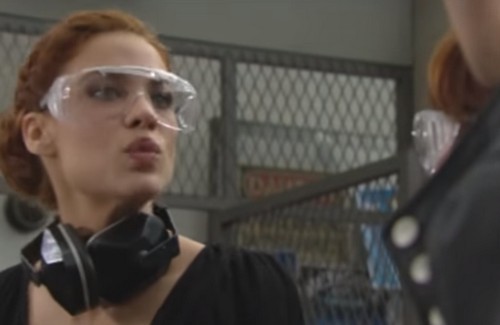 It looks like Saul (Alex Wyse) will also get updates on Bill’s dirty move. B&B fans can probably count Sally, Shirley and Saul as three suspects in the shooting that’s brewing. Bill will likely get a bullet pumped in him down the road and there are plenty of people who’d jump at the chance.

Meanwhile, Bill will insist that enough time’s gone by. He’ll think Liam has to find forgiveness. Bill would like to make amends with his son, but Steffy (Jacqueline MacInnes Wood) will be his main concern. Bill will complain about Liam dragging his feet, so Justin (Aaron D. Spears) will probably be the one who has to listen. 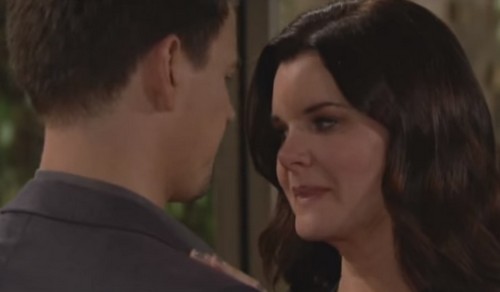 Other Bold and the Beautiful spoilers say Katie (Heather Tom) and Wyatt (Darin Brooks) will enjoy their reunion. They tried the whole breakup thing and it just didn’t work for them! They’ll decide they need to make some new rules for their romance.

For starters, the “no strings attached” idea will be thrown out. Wyatt and Katie obviously want to be together. They won’t want to share each other with anybody else who might come sniffing around. Once they reiterate that they’re serious, they’ll need to talk about building a future and going public.

Of course, that means they’ll have to tell Bill. Katie will point that out to Wyatt and he’ll undoubtedly get a bit worried. Nevertheless, they’ll just have to bite the bullet next week. Too bad Bill’s going to hit the roof! We’ll keep you posted as other B&B news comes in. Stick with the CBS soap and don’t forget to check CDL often for the latest Bold and the Beautiful spoilers, updates and news.