BY Heather Hughes on February 13, 2018 | Comments: one comment
Related : Soap Opera, Spoiler, Television, The Bold and the Beautiful 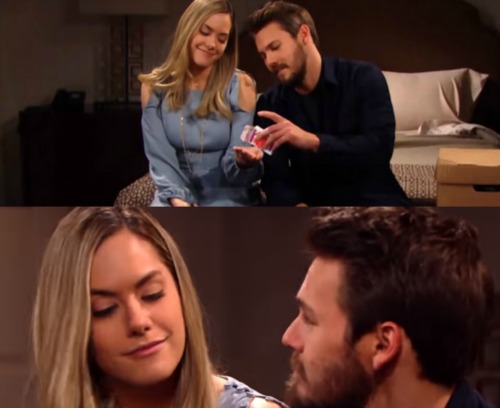 The Bold and the Beautiful (B&B) spoilers tease that Hope (Annika Noelle) will do everything she can to reunite Liam (Scott Clifton) and Steffy (Jacqueline MacInnes Wood). She feels like they deserve another chance at happiness. A baby’s coming and that means sacrifices must be made.

Steffy has to accept that things may never truly go back to the way they were before. Liam needs to swallow his pride and open the door to his heart just a crack. As for Hope, she’ll have to step aside and try to let “Steam” work this out. Hope will tell herself it’s what’s right, but there may be a deeper reason for backing off.

Right now, Hope finds herself in a tricky situation. She could probably turn Liam against Steffy if she wanted to. Liam’s still pretty upset about Bill (Don Diamont) and Steffy’s hookup. His anger turned to deep pain, but it wouldn’t take much to reignite his rage.

However, Hope must realize that’s not the best strategy. She still loves Liam and most likely wants to be with him, but sabotaging this B&B reunion shot isn’t the way to make that happen. If Hope’s ever going to have an opportunity to win Liam back, she has to be careful. 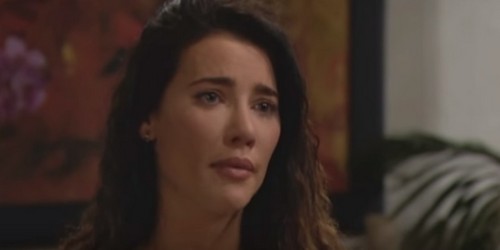 That’s why Hope’s been living up to her namesake. She’s giving Liam hope by brightening up his days and letting him know someone cares. Hope’s also creating some hope for Liam and Steffy’s relationship. She needs to show Liam that she’s not interested in petty games or destructive plots.

An innocent child’s caught in the middle of this, so scheming would be cruel. Besides, trying to seduce Liam might’ve backfired. Hope could’ve made herself a target if Liam eventually went crawling back to Steffy. He might’ve blamed Hope for stirring the pot and providing an extra hurdle to his reunion.

Since Hope’s on “Team Steam,” she’s showing Liam that she only wants his happiness. If Liam can’t get past Steffy’s actions or they reunite before breaking up again, Hope’s previous support could be important. She’ll have a clear conscience and Liam will have no ill will toward her. The Bold and the Beautiful spoilers say Hope will have to play the waiting game, but it might be worth it!