The Bold and the Beautiful Spoilers: Liam Destroys Steam, Drives Steffy Back To Bill 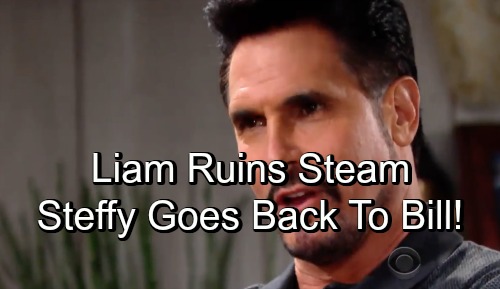 The Bold and the Beautiful spoilers tease that Bill (Don Diamont) was sincere in recently telling Steffy (Jacqueline MacInnes Wood) that he was ashamed of himself. He’ll also continue to withhold information about Taylor (Hunter Tylo) having shot him. But the instant he learns that his alienated son Liam (Scott Clifton) is having a baby with Hope (Annika Noelle), Bill may realize that he doesn’t need to keep pushing at all.

Bill has been aggressively pursing Steffy since they were together at the Forrester guest house. It’s been a completely uphill battle because she’s continued to love Liam all along.

As Bill finally accepted, it’s totally natural that Steffy would want to be with the man who she was just married to and who’s baby she delivered. Whatever her feelings once were for Bill and whatever was momentarily resurrected that fateful night last fall, Steam is what Steffy wanted and has believed she’s about to reclaim.

Steffy was told that Liam would follow the pattern he has for years. Bill said that in time Liam would return to Hope, not knowing that his son actually had crossed back over that romantic line. 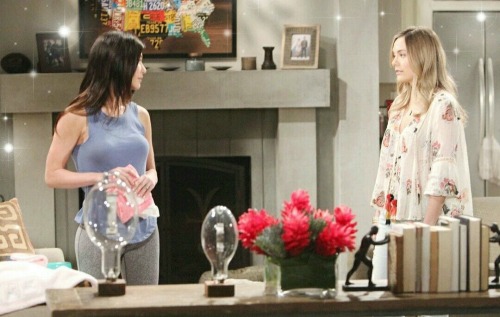 It’s understandable that Steffy chose to reject Bill’s prediction. In her mind, but more importantly, her heart, she believed that Liam was done with Hope. Steffy naturally thought that together with Kelly she and Liam would become a family.

The all-out stunner Liam told Steffy will dramatically alter Steam’s existence. Sure, it’s possible that this couple survives. Steffy will realize that Liam wasn’t committed to her when Hope conceived his child, which makes that different than when he twice kissed Sally (Courtney Hope) under a collapsing Spectra Fashions building.

However, logic probably won’t be enough to initially overcome the deep dish gut punch that Steffy suffers. Liam will become a father again, but not to Steffy’s second child!

Bill’s projection will come to be seen as wise council, thereby altering Steffy’s perception of him. As JMW made clear recently, fans can expect more Dollar Still! 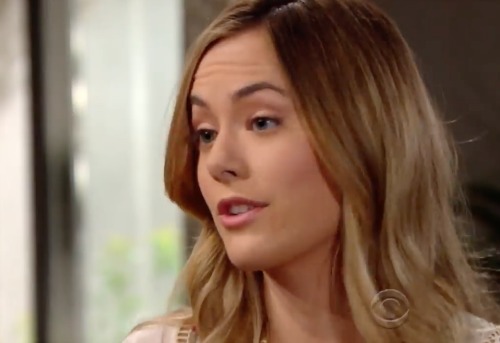 As long as he doesn’t give off an I told you so vibe, or actually say those words, Bill has a real chance to become Steffy’s consoler. In this developing scenario, Bill isn’t the bad guy. Liam is. That role-switch will surely adjust Steffy’s outlook and options.

Obviously, Steam’s remarriage plans are now in full flux. The longer that re-nuptial doesn’t happen the greater the odds it may never be realized, or at least not realized any time soon.

So who is targeting Steam for a take-down, as the headline to this feature stated? The man who’s started that process, that could come to fruition isn’t Bill. No, it’s Liam.

Steffy is about to be shown living out the logic within this feature in real time. Her response, along with Liam’s ongoing actions, will determine if Bill’s hoped-for plan to create Dollar Still happens. CDL is a leading source for everything linked to The Bold and the Beautiful. Check back regularly for B&B spoilers and news!