The Bold and the Beautiful Spoilers: Liam’s Innocent – Taylor Returns To Finish Bill Off 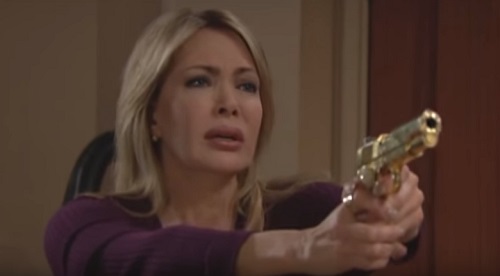 The Bold and the Beautiful spoilers tease that Taylor (Hunter Tylo), not Liam (Scott Clifton), shot Bill (Don Diamont) on that much-discussed dark and stormy night. Yes, it was a lady with long hair who trudged up the driveway and into her former Los Angeles home. Boom, Taylor actually was the original shooter and may pull the trigger a second time.

Kudos to B&B on its latest surprise classic character revival. This bring-back truly turns the ‘Who Shot Bill’ mystery on its head.

Taylor’s multi-episode scenes with Bill initially showed her to be mentally disheveled. Then, as their verbal sparring continued Tylo’s character replayed what actually happened. That explanation makes far more sense than Liam being the perpetrator.

Ridge (Thorsten Kaye) initially called Taylor awhile ago, which wasn’t revealed to the audience until this week. As fans recall, Bill tagged him as his attempted murderer until Liam took credit. 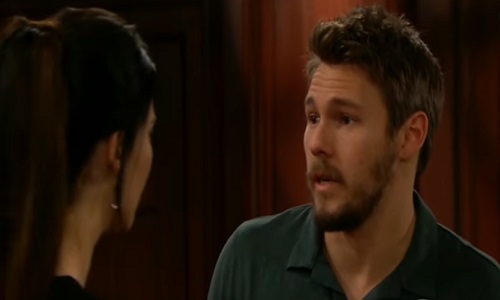 Liam’s admission to Hope (Annika Noelle) came during a pained recollection session. She then took him to the hospital where Bill learned the apparent truth. But Liam’s description of events seemed to mimic what his father and police reports said, rather than reflect the realization of a hidden memory.

Steffy (Jacqueline MacInnes Wood) and fans questioned if Liam’s memories were accurate. He does have a flexible mind, has been overwrought for months and seemed confused due to having hit his head on that night.

In reality, it now appears as though Liam saw Bill propose to Steffy, fell back, hit his head and remained knocked out. He appeared to arrive at the cliff house the next day, but actually came to and stumbled back to the front door.

While he was passed out, Taylor arrived at LAX. She went to the amazing estate that Bill purchased from her years ago and used her key to enter.

Taylor merely planned to confront Spencer about what he’d done to her daughter when she avoided the floor squeaks, grabbed the golden gun as haunting music blared, saw Bill standing with his back to her as he looked out the window. Click, the bullet flew into Bill’s back and Taylor left her old building.

The accurate description Taylor offered of the events must mean that she’s the criminal. How else would she have known that the gate was unlocked and that there was music playing?

Hopefully B&B hasn’t written Taylor into a projected memory, based on her unfettered rage. If this replacement explanation proves true it will be an outstanding resolution to this terrific storyline!