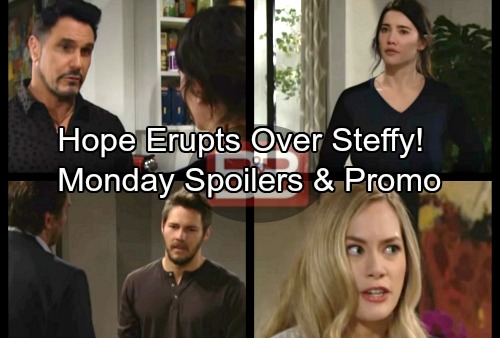 The Bold and the Beautiful (B&B) spoilers for Monday, January 29, tease that Bill (Don Diamont) will urge Steffy (Jacqueline MacInnes Wood) to forget about Liam (Scott Clifton). He’ll push her to be with him instead. Bill will think they could build a beautiful life together, but Steffy will refuse to consider it. She’ll insist that she’s not giving up on the man she loves.

Bill understands that Steffy’s wounds are fresh. She still wants to be with Liam, but Bill may point out that it’s no longer an option. If Liam isn’t willing to forgive, there’s nothing else Steffy can do. The Bold and the Beautiful spoilers state that Bill will reiterate his promises. Whether she chooses him or not, Bill intends to make Steffy and the baby his priority. 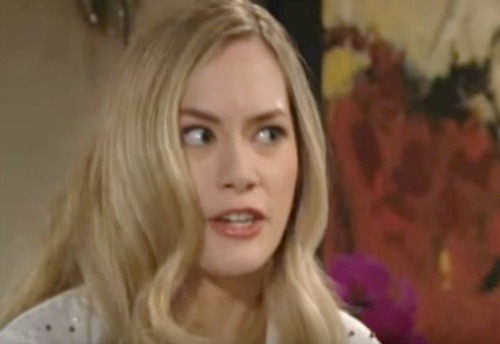 Other B&B spoilers say Hope (Annika Noelle) will rage over Bill and Steffy’s actions. She just got some hints from Brooke (Katherine Kelly Lang) and put the puzzle together. Hope will wonder what kind of father does that to his own son.

Brooke will agree that Bill’s a despicable dad, but she may go easy on Steffy. Hope, on the other hand, will feel like Steffy’s just as responsible. She’ll be appalled with herself for suggesting Liam should give her another chance. Hope will plan on rectifying that mistake in a future chat with Liam. She’ll also rip into Steffy later this week, so stay tuned. 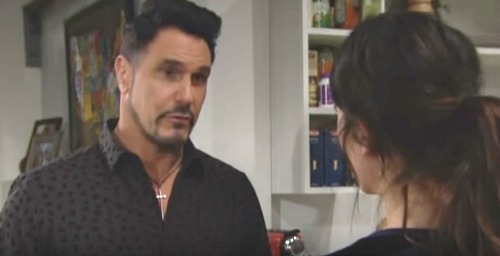 In the meantime, Ridge (Thorsten Kaye) will keep fighting for Steffy and Liam’s marriage. He won’t want Liam to let Bill win. Ridge will argue that if Liam won’t take Steffy back, he’ll let Bill destroy everything he’s worked for.

Liam won’t be sure he can find forgiveness in his heart, but maybe he’ll soften eventually. He’s certainly feeling overwhelmed by all his emotions. Steffy has some baby drama coming up down the road, so that should add to Liam’s difficulties.