BY Heather Hughes on May 4, 2018 | Comments: one comment
Related : Soap Opera, Spoiler, Television, The Bold and the Beautiful 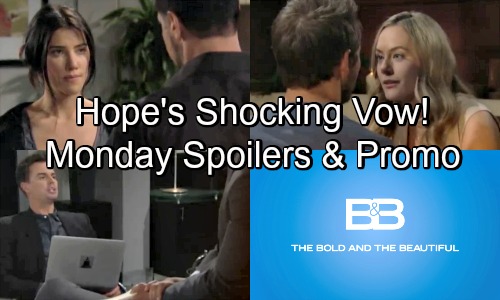 The Bold and the Beautiful (B&B) spoilers for Monday, May 7, tease that Bill (Don Diamont) will make his pitch to Steffy (Jacqueline MacInnes Wood). He’s made similar speeches before, but he’s hoping things will be different this time. Thanks to his latest plot, Bill will think he can help Steffy see the light.

B&B fans can expect Bill to rant about Liam’s flaws. He’ll feel like his son doesn’t treat Steffy with the respect she deserves. Bill will point out that Liam left because that’s what he always does. He’ll assure Steffy that he’d never do that to her. Bill will promise to stay by Steffy’s side forever if she’ll let him. 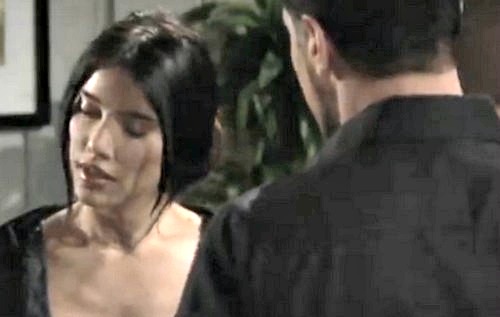 Of course, Steffy will reject Bill as usual. She’ll reiterate that Liam’s the only one for her, so Bill will just have to be patient. He’ll hope that Liam’s other love interest will provide a helping hand. At the cabin, Liam will indeed move on. Hope (Annika Noelle) accepted his proposal, so Liam will soak up the joy of this moment. He’ll put his pain over Steffy’s betrayal aside and focus on what’s in front of him.

The Bold and the Beautiful spoilers say Hope will be so grateful for this second chance. When she heard Liam was reuniting with Steffy, she thought she’d never get a reunion of her own. Now that Liam’s changed his mind, Hope’s dreams are suddenly coming true. She’ll promise to cherish their new beginning and give Liam a lifetime of happiness. 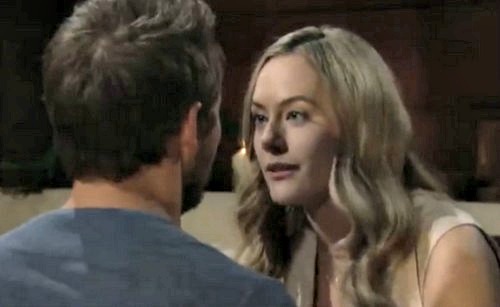 Hope will add that nothing’s going to come between them ever again. She’s obviously wrong about that! Love never lasts long on B&B. Bill’s deception will be revealed sooner or later, so Hope and Liam’s relationship will face a major obstacle. They may overcome it at first, but this romance can’t survive indefinitely.

Nevertheless, Hope will concentrate on the here and now. Liam will also revel in this fresh start, so look for these two to make love soon. Over with Wyatt (Darin Brooks), he’ll still be upset about Steffy’s actions. Wyatt will think all this is appalling, but he could get a clue about Bill’s sneakiness later this week.