The Bold and the Beautiful Spoilers: Ridge and Brooke Look to Future – Pleasant B&B Scenes Appreciated

BY Sean O'Brien on February 1, 2018 | Comments: one comment
Related : Soap Opera, Spoiler, Television, The Bold and the Beautiful 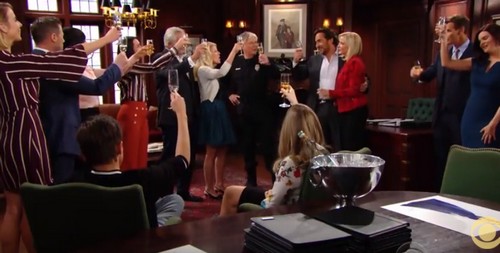 The Bold and the Beautiful spoilers documented all of the wild Los Angeles-based drama within the last few months. While some humorous side scenes have been injected along the way and the Christmas episode was terrific, it was wonderful to see many members of the Forrester and Logan families placed in a pleasant, all-episode setting.

Brooke (Katherine Kelly Lang) was infuriated when she learned that her husband Bill (Don Diamont) behaved like a deranged animal. Upon discovery of his various amoral crimes she opted to instantly leave him, not recant her decision and seek an annulment. To his credit, Bill acquiesced. Viewers know the sordid backstory that fueled his choice, but that’s another tale to be dissected on another digital day. 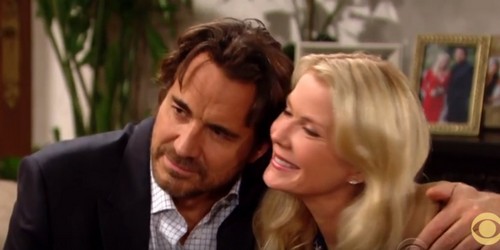 Ridge (Thorsten Kaye) became foolishly involved with Quinn (Rena Sofer) awhile ago. Sheila (Kimberlin Brown) attempted to exploit that family betrayal. Eric (John McCook) was devastated by what Miss Carter, his former wife, told him. But he eventually exhibited the legendary level of forgiveness that he’s known for, forgave Quinn and restored his marriage. Eric also made peace with Ridge, which bled into the recent episode that’s been referenced.

Eric was sincerely happy that his stepson, Ridge, was going to remarry Brooke. The head of the Forrester clan was also overjoyed that the aforementioned Marone and Thorne (Ingo Rademacher) seemingly put aside their differences. Whether that half-brotherly accord holds, especially in Thorne’s mind, is yet to be determined. However, both men are being given equal benefit of the doubt. 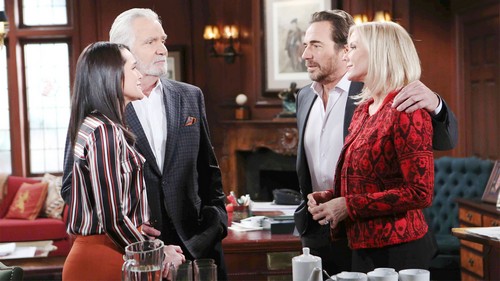 For his part, Ridge deserves extended peace of mind. The terrible situation he’s recently been made aware of that involves Steffy (Jacqueline MacInnes Wood) would rip anyone’s heart out, let alone a father’s.

Brooke didn’t need much time to explore her revived feelings, or to consider Ridge’s proposal. He remains her one true love. Together with R.J. (Anthony Turpel), they can be a family again. So Brooke’s choice was made with love and is the right one. 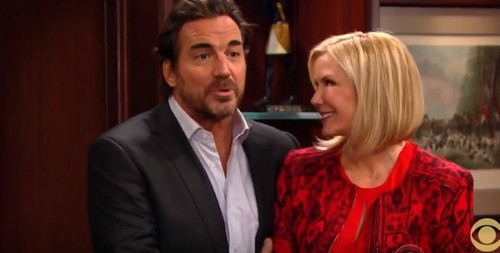 The scenes that celebrated Brooke and Ridge’s upcoming remarriage involved a series of toasts by many characters. The dialogue was well-written, which wasn’t easy considering past and more recent on-screen divisions.

It’s pleasing when daytime drama can focus on upbeat moments, or as was true in this instance, was simply hopeful. Here’s hoping that Bridge makes it to the altar and then follows through on their reunion plan indefinitely. It would be nice to see Brooke and Ridge face whatever the future brings together.