The Bold and the Beautiful Spoilers: Steam Lives – Liam’s Indecision Works To Steffy’s Advantage For Once

BY Sean O'Brien on May 28, 2018 | Comments: Leave Comments
Related : Soap Opera, Spoiler, Television, The Bold and the Beautiful 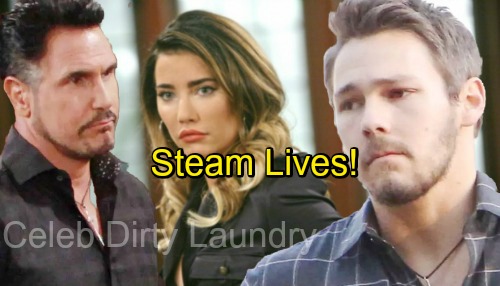 The Bold and the Beautiful spoilers tease that Liam’s (Scott Clifton) most recent bout with indecision is actually good for a change. His wedding pause could result in a return to Steffy (Jacqueline MacInnes Wood).

There stood Wyatt (Darin Brooks) aside of his brother at Brooke’s (Katherine Kelly Lang) palatial estate, which resembles a museum from the often shown, beautiful outside shot. Hope’s (Annika Noelle) mother quickly transformed that home into a wedding palace. But Lope’s marriage was interrupted by Wyatt’s guilt. 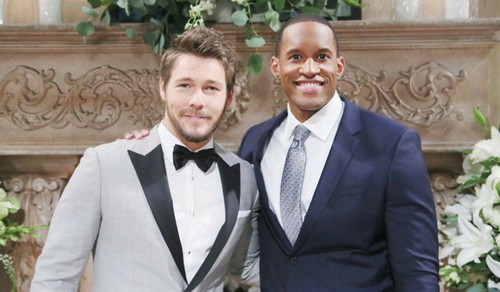 Carter (Lawrence Saint-Victor) was called to perform yet another B&B ceremony. Eric (John McCook) advised that all involved loved their weddings, which winked at the high volume of legal nuptials seen on this daytime show. In this instance, Liam was marrying a woman within less than a month after leaving his pregnant wife Steffy.

Steffy was shown in an competing scene as the ceremony began. Hope walked down the steps, looking resplendent. Steffy walked down her staircase at the cliff house, sporting inner misery.

Taylor (Hunter Tylo) was present. She wanted to support her daughter, but continues to evidence signs of being unhinged. Might B&B have Tylo’s character act out of order again? Bill’s (Don Diamont) name was spit hard out of her mouth. So the audience surely is considering whether she’ll attack again. 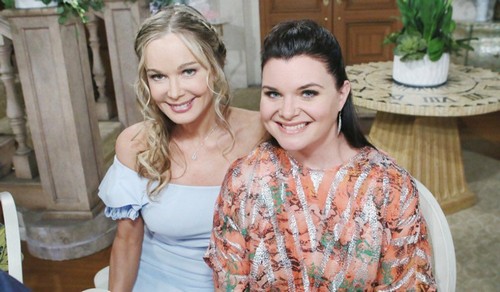 Even though Liam was pulled away by Wyatt during the ceremony and told the truth, Bill’s threat against Steffy could potentially block any reunion plans. Sure, Liam will go to Steffy and confront his dad. But Wood’s character knows that Bill meant what he said.

Thankfully, Steffy previously told Liam that Taylor shot Bill. She also needs to tell her just-annulled husband that Bill implied she needs to marry him, or he’ll turn Taylor into the authorities.

Wyatt, you did the right thing my man. Yes, hot Katie (Heather Tom) is going to be furious. Watie will be fractured by your courage. But if Will’s (Zane Alexander Achor) mother truly loves you she’ll make amends, and if not then good riddance! A person who requires that you sacrifice your soul for the relationship isn’t worth it. 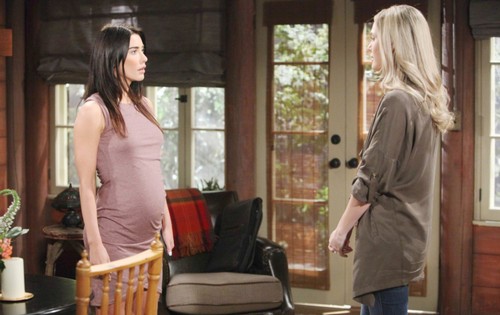 Steffy, your wish has come true. Now stand tall with Liam, fight for Kelly’s traditional family, and be prepared to defend your mom, who needs help.

Liam, my brother, do what’s right. Stand up to your father once and for all. Bill is a rapscallion who will never change. Go back to Steffy and raise your daughter no matter what your dad says, or does. Doing so will bring you eventual peace.

But Liam, you’ll also need to wish Hope the best, as she deserves compassion. Maybe Wyatt could console her if Katie doesn’t come back? CDL is a leading source for everything linked to The Bold and the Beautiful. Check back regularly for B&B spoilers and news!