The Bold and the Beautiful Spoilers: Steffy And Liam Reunite – Hope Logan Ditched After Taylor Reveal 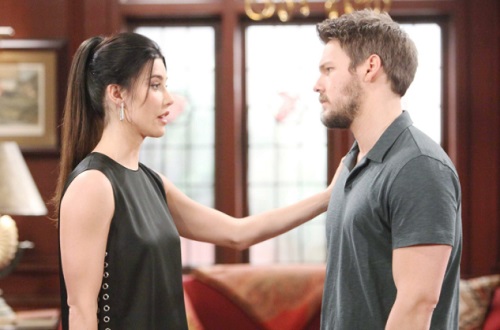 The Bold and the Beautiful spoilers tease that Liam (Scott Clifton) and Steffy (Jacqueline MacInnes Wood) may still reconcile. The hope that their summer baby offers trumps all other outside factors.

Clearly the cheeky headline was meant to imply that Hope (Annika Noelle) has inserted herself into Leffy’s relationship. She believes that Steffy is wrong for Liam and that he would be better off without her. Clifton’s character hasn’t reached the finalized conclusion, despite the annulment papers he provided to Steffy awhile back while under full duress (that continues to lessen).

Now that Taylor (Hunter Tylo) has revealed she shot Bill (Don Diamont), Liam will be able to take himself off one major emotional hook. He felt conflicted, as he often does about everything, in having apparently remembered that he tried to kill his father. While it didn’t counter-balance Bill’s romp with Steffy, the seeming realization temporarily allowed Liam to see his father in a somewhat different light.

With this issue off the table, Liam will be free to focus on his messy personal life. Sally (Courtney Hope) is moving to New York with Thomas (Pierson Fode). So that romantic distraction is being written out. However, Hope remains fully viable. 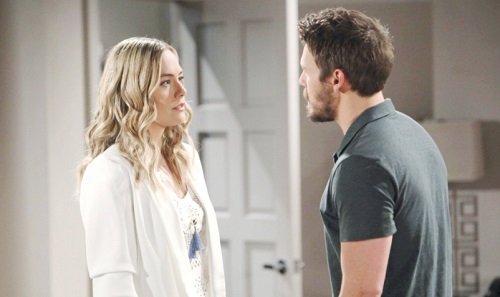 The history between Liam and Hope naturally allows fans to believe that they may, in fact, reconcile. But Liam’s fleeting feelings fuel his moods. Steffy is pregnant with his child and that factor will remain vital as their forthcoming daughter develops toward birth.

The bond between Bill and Liam may not be irrevocably broken. But this father and son tandem won’t be close for awhile. That reality plays into Liam’s desire to be a good father to his soon-to-be-born child. Continuing his marriage to Steffy will be part of Liam’s logical considerations for what’s best moving forward.

Another point that promotes the possibility of Leffy continuing is Steffy’s commitment to Liam. She was genuinely horrified at what happened with Bill and is not in love with him.

Might Steffy and Bill be together again someday? Sure, as this B&B arc furthers that potential. But Steffy wants Liam right now and so will their little girl.

The term co-parenting is understandably applied to two people who, for whatever reasons, literally can’t (won’t) be together. However, said couples are sincere about meeting obligations to their child, or children.

The lack of completed annulment papers means that Leffy isn’t over. Yes, Hope will use all of her power and Steffy’s weaknesses to push for Lope’s reunion. But the baby factor will enabled the next four-plus months to be crucial in Liam and Steffy’s still-existing relationship.

This mystery is solved! #BoldandBeautiful pic.twitter.com/seMt4VhSPg