The Bold and the Beautiful Spoilers: Steffy Needs a New Man – Deserves Better Than Self-Righteous Liam and Creepy Bill

BY Heather Hughes on January 10, 2018 | Comments: one comment
Related : Soap Opera, Spoiler, Television, The Bold and the Beautiful 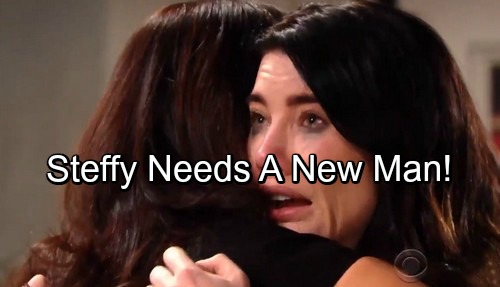 The Bold and the Beautiful (B&B) spoilers tease that Steffy’s (Jacqueline MacInnes Wood) life will be a total mess for a while. Liam (Scott Clifton) is still furious with Steffy for sleeping with Bill (Don Diamont) and destroying their marriage. Bill has made his feelings for Steffy clear, but he’s trying to help her keep her dream for a united family intact.

It’s possible Liam will eventually find it in his heart to forgive Steffy. If not, Bill would happily serve as her backup. However, some B&B fans aren’t sure Steffy belongs with either Spencer. Let’s look at this situation from Steffy’s point of view. 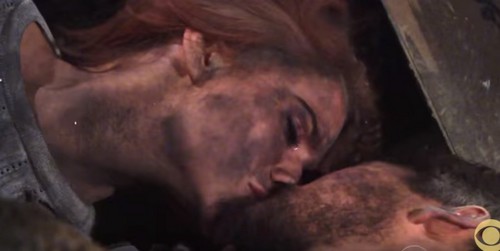 Liam shared some kisses with Sally (Courtney Hope) when he thought he was going to die. That obviously seems like nothing compared to what Steffy did, but we should back up for a minute. Liam spent months getting closer to Sally and constantly ignoring Steffy’s concerns. He refused to budge an inch and Steffy’s worries continued to grow.

Then, Liam chose to lock lips with Sally in the rubble. Instead of thinking of his wife when death was near, Liam focused on Sally. That had to sting for Steffy, especially since Liam lived to tell the tale. She undoubtedly thought this could be the beginning of a fling. Steffy was a wreck by the time she ended up at the guesthouse and that was all on Liam.

Next, we have Liam’s creep of a father. Bill knew exactly what could happen if he showed up to see Steffy when she needed him most. In fact, he was probably counting on it. If Steffy falls for Bill at the end of all this, the sleazy Spencer wins. That just doesn’t seem right.

Of course, self-righteous Liam isn’t a much better option these days. Steffy will never live this down with him. Every time they have a fight, Liam will inevitably throw this in Steffy’s face. He may hold this against her forever.

What can Steffy do when both of her options are terrible? Perhaps she’ll be ready for a new man down the road. Wyatt (Darin Brooks) treated Steffy well, but she dumped him and he let go. Besides, she should really get away from the Spencer clan anyway.

The Bold and the Beautiful spoilers hint that Steffy will have to do some soul-searching. She needs to heal first, but a brand-new love interest could be great for her a little later. The perfect man may be out there!