BY hellodrdavis on September 29, 2018 | Comments: one comment
Related : Soap Opera, Spoiler, Television, The Bold and the Beautiful 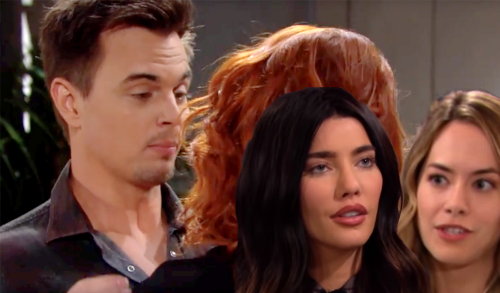 Of course, Wyatt’s had a lot going on. He started a new relationship with Sally (Courtney Hope) this summer, and he’s had a lot of Bill drama to deal with, including Bill’s custody case with Katie (Heather Tom). But now summer’s over, and it’s about time he gets back into the workforce. So what’s he going to do?

Well, it certainly helps to know (and to have been married to) the co-CEO of Forrester Creations! B&B spoilers say that Steffy (Jaqueline MacInnes Wood) and Wyatt will soon have a warm interaction, and at the end of it all, Steffy will end up offering him a job at Forrester!

That means that Wyatt will be able to see Sally daily, both at work and at home, which will probably thrill him. Plus, he won’t be working anywhere near his father, which will be a nice change for Wyatt. Sally will likely be thrilled as well, since the two of them are in a “can’t get enough of each other” phase.

But how will Hope (Annika Noelle) feel about the hiring? Hope seems to like to weigh in on Steffy’s executive decisions, so it seems appropriate to ask. If Wyatt’s hired to work in any capacity on The Intimates Line, then Hope’s probably going to fume. She won’t like seeing more money being poured into staffing for Intimates, when Hope For The Future’s funding has been decimated.

What role do you think Wyatt will be offered at Forrester? Stay tuned to the CBS soap and don’t forget to check CDL often for the latest Bold and the Beautiful spoilers, updates, and news.