BY Heather Hughes on December 11, 2018 | Comments: one comment
Related : Soap Opera, Spoiler, Television, The Bold and the Beautiful 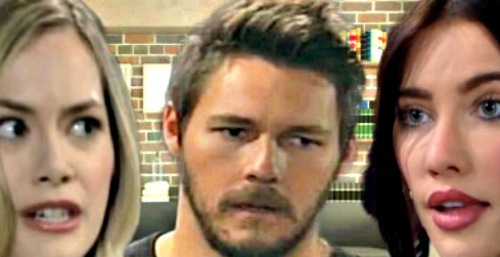 The Bold and the Beautiful (B&B) spoilers tease that the battle over Taylor’s (Hunter Tylo) actions is about to heat up. Taylor shot Bill (Don Diamont) a few months ago and she’s not doing a great job of proving she’s stable in the present either. Those factors are adding up to danger for some concerned characters.

Hope (Annika Noelle) is particularly worried about what could happen if Taylor’s left alone with Kelly. She’s feeding Liam’s fears, so expect plenty of hostility between Steffy (Jacqueline MacInnes Wood) and her ex. Of course, Liam just wouldn’t be Liam if he didn’t flip-flop. It looks like Steffy may progress with him eventually.

Since Taylor will focus on her therapy a bit more and may prove herself around Kelly, Liam could start to accept that Grandma is safe. Unfortunately, he’ll probably be lulling himself into a false sense of security. With all the hints B&B keeps dropping, there’s bound to be big trouble.

Taylor obviously wouldn’t do anything to intentionally harm her granddaughter, but we’re not talking about intentional harm here. We’re talking about an unstable woman potentially making a horrible mistake. Taylor could easily do something that inadvertently puts Kelly at risk.

However, all this Kelly talk is probably just a way to preserve the surprise of the real threat – the one to Hope’s unborn child. The Bold and the Beautiful released a casting call a while back for some Caucasian babies that could pass for preemies. That’s a solid clue that Hope will go into early labor and Taylor just might be the reason why.

If Taylor causes this through a showdown or instigates some sort of accident, it could bring disaster. Hope and Liam’s kid may end up in a fight for her life. Whether their daughter survives or not, Steffy may feel guilty for not realizing the threat Taylor posed. Will she hang her head in shame and leave town?

We can’t forget that Wood is pregnant in real life and will need a temporary exit plan due to her maternity leave. Steffy might deal with overwhelming remorse, especially if Liam and Hope lash out. Steffy may even escort Taylor off to some mental health facility in Europe. That might be part of the deal if Taylor wants to avoid jail time.