BY hellodrdavis on October 26, 2018 | Comments: one comment
Related : Soap Opera, Spoiler, Television, The Bold and the Beautiful 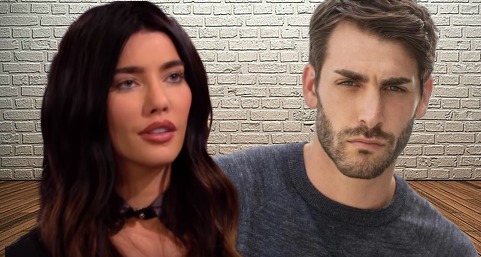 The Bold and the Beautiful spoilers tease that Steffy (Jacqueline MacInnes Wood) may soon get a little flirtatious with a handsome new man. Steffy made a big choice earlier this year when the love triangle between herself, Liam (Scott Clifton), and Hope (Annika Noelle) got to be too much. She decided to ditch Liam, forego love and romance for the time being, and focus on herself and Kelly (Gabriel Sporman).

Since then, Steffy has put all her efforts into being the best mom she can be, and into her work at Forrester. Kelly’s thriving, and so far co-parenting with Liam is going smoothly. She’s also resurrected the Intimates line at Forrester, and so far it’s a smashing success.

And B&B spoilers say that Steffy’s going have a great ride with the Intimates line going forward. She and her team will celebrate fantastic sales, proving that Ridge’s (Thorsten Kaye) decision to back the Intimates line was sound. Steffy’s even modeling for the line, demonstrating that new moms can be sexy and have it all.

But the one thing that’s missing for Steffy right now is a love interest. Many fans would love to see Steffy with a hot new man on her arm, even if it’s not something particularly serious. Plus, it would be fun to see how Liam and Bill (Don Diamont) would react to Steffy dating a hot new guy. It might spark some jealousy on their part.

There’s been a lot of speculation about exactly who will be Steffy’s next love interest, and now there’s a new possibility on the horizon. B&B spoilers say that Steffy will get the opportunity to show the Intimates collection to Leo (Sam Myerson), a long-time buyer at Forrester, on a new B&B episode, November 2. Leo will be a super-attractive man who might just catch Steffy’s eye (and vice versa) as she gives him a sneak peek at the collection.

It would be great to see Steffy go out on a date with Leo. Even if it ends up being nothing serious, it would get her back on the dating scene and prove that she is interested in guys other than the same old choices of Liam, Bill, and so on.

Are you hoping that Steffy and Leo will hit it off? Stay tuned to the CBS soap and don’t forget to check CDL often for the latest Bold and the Beautiful spoilers, updates, and news

I guess dreams do come true…. I’ll be guest starring on a show on CBS, and I’ll let everyone know what show and what date as it approaches. Thank you to anyone who has ever supported me. Just the start.