The Bold and the Beautiful Spoilers: Steffy’s Next on Bill’s Blackmail List – Forces Her Into Marriage 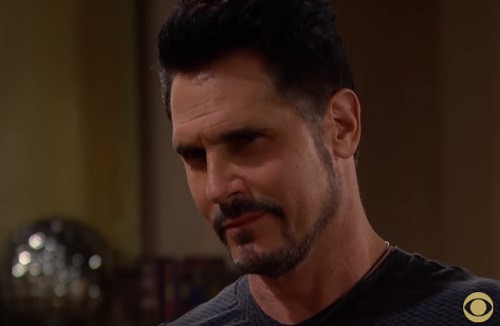 The Bold and the Beautiful (B&B) spoilers tease that Bill (Don Diamont) will remain completely smitten with Steffy (Jacqueline MacInnes Wood). His obsession will soon grow even stronger and that should mean bad news for “Steam.” Bill will resume his mission to make Steffy his wife, so B&B fans can expect major drama.

Liam’s (Scott Clifton) head injury drove him over the edge momentarily. He wasn’t in his right mind when he went after Bill and fired a shot into his back. Of course, that’s not stopping Bill from stirring up trouble. He’s gained the upper hand thanks to Liam’s confession. The Bold and the Beautiful spoilers say Bill will continue to pressure his son. If Liam wants Bill to keep his mouth shut, he’ll have to surrender Steffy.

Bill may get his wish, especially since Hope’s (Annika Noelle) pulling Liam in her direction. She’ll do everything in her power to convince him this is for the best. Liam could easily wave the white flag and let Bill do what he wants. He might decide he’s weary from all this. Life’s easy with Hope and everything’s incredibly complicated with Steffy. Liam will probably just be looking for a little relief. 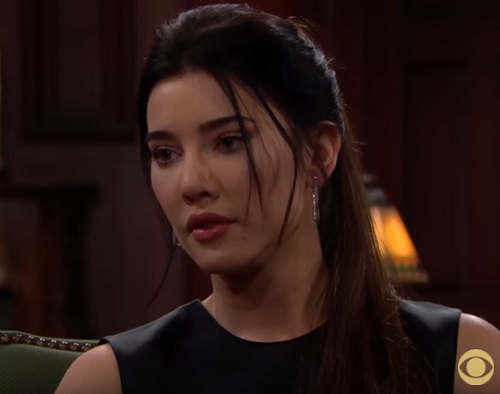 Bill would be thrilled with that decision, but only half the battle would be won. Steffy could be a tougher nut to crack, but Bill won’t be discouraged if she puts up a fight. He’ll know he’s got an ace up his sleeve. Bill may try to win Steffy’s heart on his own, but what happens if she resists?

Steffy has made it clear that she only wants her husband. If Liam walks away, Steffy could resent Bill for it. She may want nothing to do with him, but that’s when Bill could drop a bomb she never saw coming. Perhaps Bill will reveal Liam’s role in the shooting and suggest that he’ll have him thrown in prison if Steffy can’t cooperate.

That’d be a low blow, but Bill’s getting desperate. He’s already blackmailing Liam, but will Steffy be next? It sounds like The Bold and the Beautiful could be headed down that path. Bill may force Steffy to marry him if she wants Liam to keep his freedom.

B&B viewers won’t want to miss the shocking moments ahead. We’ll give you updates as other details emerge. Stay tuned to the CBS soap and don’t forget to check CDL often for the latest Bold and the Beautiful spoilers, updates and news.

She’s back! 👏 What do you think Taylor will do now that she’s returned to Los Angeles? #BoldandBeautiful pic.twitter.com/978nPdjz1l