BY Heather Hughes on January 22, 2018 | Comments: one comment
Related : Soap Opera, Spoiler, Television, The Bold and the Beautiful 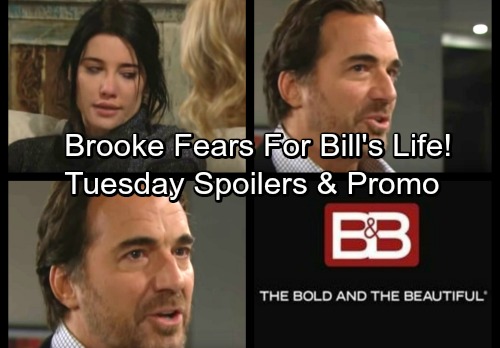 The Bold and the Beautiful (B&B) spoilers for Tuesday, January 23, tease that Brooke (Katherine Kelly Lang) will pay Steffy (Jacqueline MacInnes Wood) another visit. Ridge (Thorsten Kaye) thinks it’d be good for Steffy to open up, so Brooke will head over as soon as she gets updates. Brooke will push Steffy to tell her all her troubles. She’ll realize things could be even worse than she thought.

Steffy will note that Liam (Scott Clifton) found out she had a paternity test done, so he knew she cheated. Brooke may argue that Steffy and Liam can get past that. She might point out that she was able to forgive Ridge for his kissing fling with Quinn (Rena Sofer). That wasn’t quite as serious, but Brooke will still think there’s hope for “Steam.” 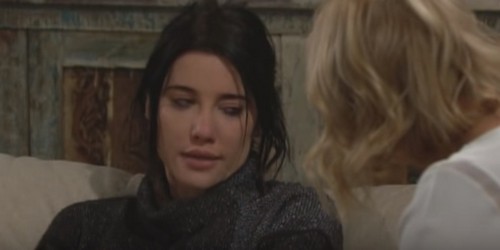 Steffy will admit there’s more to the story. She’ll shock Brooke by confessing to a hookup with Bill (Don Diamont). The Bold and the Beautiful spoilers say Brooke will be appalled by Bill’s behavior. She may agree with Ridge on this one. Steffy was in a dark place that night and Bill had no business coming over to cause additional problems.

Nevertheless, Steffy will accept her role in the destruction of her marriage. She’ll also worry about Ridge’s revenge. Brooke will grow concerned when she hears Ridge is confronting Bill. She’ll fear that this battle could get ugly. Brooke will hope Bill makes it out of this mess alive and well, but she’ll have her doubts! 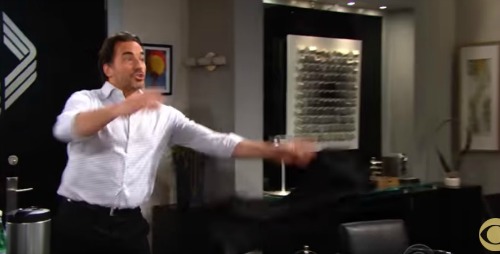 Other B&B spoilers say Ridge will fly into a rage. In Bill’s office, Ridge will rant about what his rival did to Steffy. He’ll ask if Bill really thinks he can take whatever he wants, whenever he wants it. Bill will insist that the sex was consensual and he did nothing wrong. He’ll want Ridge to back off, but that’s not happening.

Ridge will growl about how his daughter was violated. He’ll promise that Bill’s going to pay for this and a huge brawl will break out. The Bold and the Beautiful spoilers state that Bill will take a real beating, so stay tuned. We’ll keep you posted as other B&B news comes in. Stick with the CBS soap and don’t forget to check CDL often for the latest Bold and the Beautiful spoilers, updates and news.

The secret is out and an enraged father is pushed over the edge! Tune in this week on #BoldandBeautiful.