The Bold and the Beautiful Spoilers: Tuesday, May 22 – Steffy Reveals Baby’s Name to Liam – Brooke Battles Ridge Over Lope Wedding

BY Heather Hughes on May 21, 2018 | Comments: one comment
Related : Soap Opera, Spoiler, Television, The Bold and the Beautiful 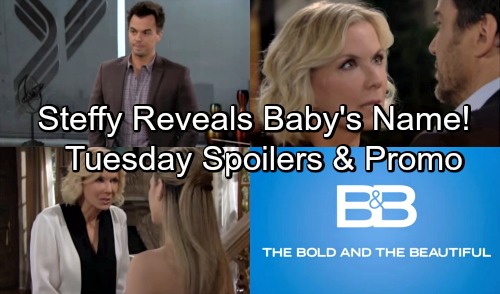 The Bold and the Beautiful (B&B) spoilers for Tuesday, May 22, tease that Ridge (Thorsten Kaye) will grow increasingly desperate. He can’t stand seeing Steffy (Jacqueline MacInnes Wood) so heartbroken, so he’s doing everything he can to stop Liam (Scott Clifton) from moving on. Ridge will urge Hope (Annika Noelle) to see that this isn’t right. He’ll want her to accept that her marriage will be based on a lie.

Ridge will contend that Bill (Don Diamont) manipulated Liam somehow. Since Liam won’t budge on this wedding, Ridge will suggest that Hope should call if off. He’ll be looking for any possible way to derail these nuptials. 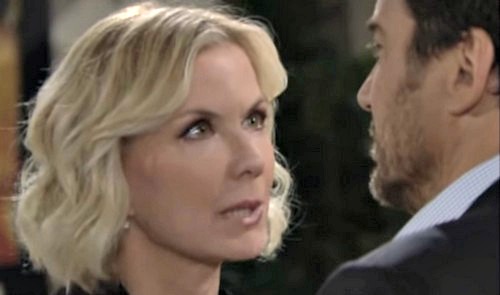 Naturally, Brooke (Katherine Kelly Lang) will be livid over Ridge’s interference. She’ll lash out and push Ridge to accept this marriage for the good of the family. If Ridge can’t do that, Brooke will at least want him to get on board for her sake. She wants her daughter to be happy, so she’ll be just as determined to keep this “Lope” wedding on track.

Other Bold and the Beautiful spoilers say Wyatt (Darin Brooks) will struggle with more guilt. He nearly came clean to Liam, but Bill’s meddling stopped that plan for now. Still, Wyatt will hate that he’s altering the course of Liam’s life. This is a huge deal, so Wyatt can’t just pretend he’s not affected by it. He’ll worry about the consequences of this lie, but he’ll stay tight-lipped for now. 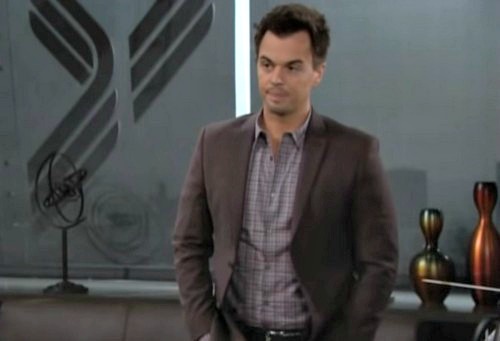 Over with Steffy, she’ll have some big news for Liam. Steffy will share the name she picked for the baby and hope that Liam loves it as well. There’s a good chance Liam will indeed approve the name. However, he won’t want Steffy to think their daughter’s enough to repair their relationship. Liam will suggest that some things just can’t be fixed, so Steffy will be devastated all over again.

B&B fans can expect Steffy to get fed up with the constant obstacles. She’ll have a fierce argument with Liam and push him to believe her side of the story. Steffy isn’t with Bill, but Liam just can’t buy that. He’ll move forward with his wedding plans, so Steffy will continue to fret for the time being.