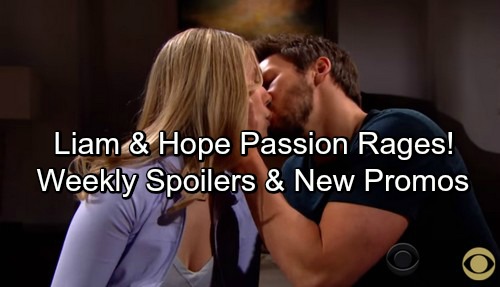 The Bold and the Beautiful (B&B) spoilers for the week of April 2-6 tease that some big surprises are on the way. First, Bill (Don Diamont) will struggle to believe Liam’s (Scott Clifton) the one who shot him. Liam was terribly worried about his father after the shooting. Despite his anger over Bill’s betrayal, Liam certainly didn’t want Bill to die.

That’ll lead to confusing moments for Bill next week. He just won’t think Liam would’ve done that to him. Liam isn’t normally the kind of guy who’d shoot anyone, especially his own dad. However, we’re not dealing with normal circumstances here. Liam’s head injury led to some terrible behavior and he’s downright horrified by it. 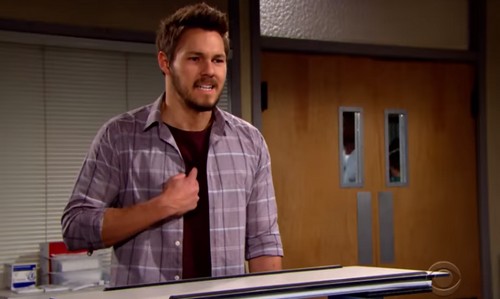 After Liam spills what he now remembers about that night, Bill will have some make some difficult choices. He was anxious to see Ridge (Thorsten Kaye) convicted of the crime, but that won’t be possible anymore. Liam would never let Ridge take the fall for this.

The Bold and the Beautiful spoilers say Bill will be forced to clear Ridge’s name. It looks like he’ll reluctantly tell Detective Sanchez (Jeremy Ray Valdez) that he was mistaken. Bill may suggest that after mulling it over and getting a clear head, he now realizes he couldn’t have seen the shooter. 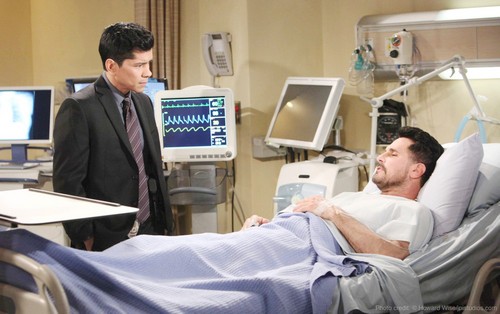 Liam probably wouldn’t blame Bill for telling the cops about his confession, but it appears that’s not going to happen. Bill may view this as a chance to make amends. B&B spoilers state that Liam will remain traumatized over shooting his dad. He wouldn’t have done this if it hadn’t been for that apparent concussion.

Plus, Bill’s actions set the whole thing in motion. The father and son may use this as an opportunity to come together. It could be a clean slate for these Spencer men. The Bold and the Beautiful spoilers say Hope (Annika Noelle) will also be fishing for a fresh start. After Bill lets Liam slide, Hope may think his nightmare is over. She’ll probably believe Liam can put his fears to rest and move on. 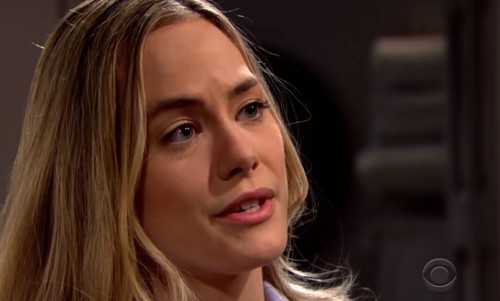 In fact, Hope will want Liam to move on with her! She’ll suggest that this feels like a new beginning. After a speech about her great love for Liam, Hope will share a kiss with him. B&B fans can expect Liam to at least consider a renewed romance with Hope. When he drops that bomb on Steffy (Jacqueline MacInnes Wood), there’s going to be trouble!