The Bold and the Beautiful Spoilers: Week of March 19-23 – Nasty Conflict, Major Bombshells and Alarming Accusations 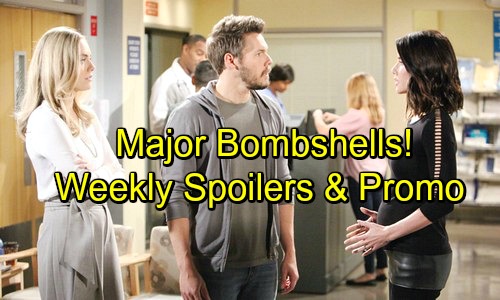 The Bold and the Beautiful (B&B) spoilers for the week of March 19-23 tease that some stunning revelations are coming up. First, Thomas (Pierson Fode) will spill some infuriating news. He’ll tell Ridge (Thorsten Kaye) about Bill’s (Don Diamont) ridiculous deception. Ridge will be shocked when he realizes Bill talked Caroline (Linsey Godfrey) into lying about a terminal illness.

While Ridge fumes, Caroline will nearly strangle Bill in his hospital bed. She’ll ultimately back off, but it’s clear that she wouldn’t mind if Bill were dead. Elsewhere, Justin (Aaron D. Spears) and Wyatt (Darin Brooks) will get into another heated argument. They’ll disagree about the future of Spencer Publications, so expect some tense moments. 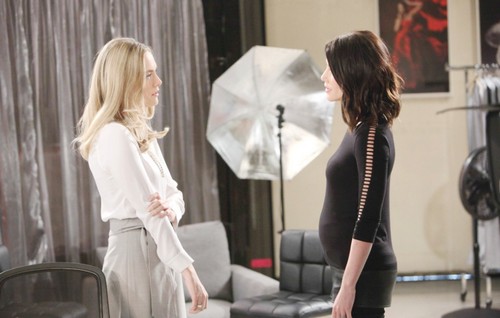 Other Bold and the Beautiful spoilers say Steffy (Jacqueline MacInnes Wood) will have a big problem with Brooke (Katherine Kelly Lang). She’ll be ready for a fierce faceoff this week. Steffy will rip into Brooke for telling Hope (Annika Noelle) about Bill’s proposal. She may wonder if Brooke is trying to give Hope the upper hand with Liam (Scott Clifton).

Speaking of Liam, he’ll be taken aback by Hope’s updates. Naturally, she’ll fill him in on the proposal as well. Once Liam’s in the loop, his rage will grow once again. B&B fans can expect Bill to open his eyes and eventually start talking. He’ll have a nasty encounter with Liam soon enough.

Steffy’s going to be beyond frustrated by Hope’s loose lips. She wanted to tell Liam about Bill popping the question, so she’ll be mad about Hope beating her to it. The Bold and the Beautiful spoilers say Steffy will call Hope out on her agenda. She’ll push Hope to be honest about her apparent plan to get Liam back. 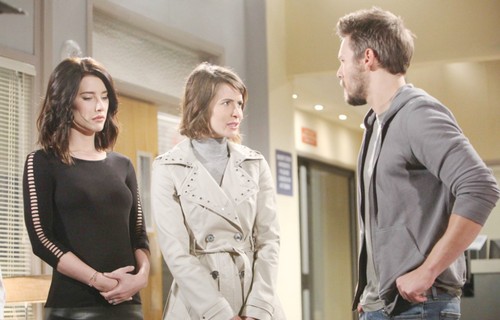 Hope will insist that Steffy’s got it all wrong. She’ll maintain that she wants Liam and Steffy to make it work. Steffy may not be convinced, so she’ll probably be keeping a close eye on Hope. They’re both in love with Liam, so there’s bound to be more trouble.

Back with Bill, he’ll hurl some alarming accusations from his hospital bed. When Detective Sanchez (Jeremy Ray Valdez) arrives for a recap of what happened, he’ll ask if Bill knows who shot him. Bill will declare that Ridge is responsible, so it seems likely that Ridge will be the one arrested this week.

The first suspect is rarely the guilty party, so the cops need to keep looking! We’ll keep you posted as other B&B details emerge. Stay tuned to the CBS soap and don’t forget to check CDL often for the latest Bold and the Beautiful spoilers, updates and news.