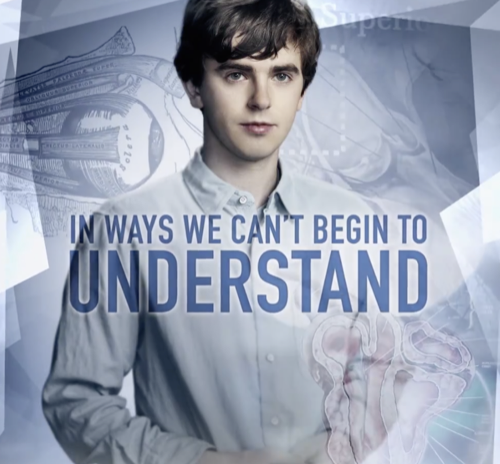 Tonight on NBC their new medical drama “The Good Doctor” airs with an all-new Monday, March 12, 2018, episode and we have your The Good Doctor recap below.  On tonight’s The Good Doctor season 1 episode 15 as per the ABC synopsis, “When the team treats a patient who has to decide between a dangerous surgery that could change his life or remain the same, he asks Dr. Shaun Murphy what he would if he had that same choice.”

Jessica examines a patient’s body. The patient is annoyed with the pushing and the prodding. Jessica finds a blemish and pushes on it. It hurts, the female patient tells her.

Marcus talks to a male patient about his inability to have kids and the possibilities of what he can do.

The team looks over the case for the patient Jessica examined. They meet with her. She will need more surgery. She doesn’t want it. She would rather try a broad spectrum of antibiotics. Marcus tells her she could become septic. She doesn’t care.

After reviewing another patient, Hunter’s spine x-ray, Neil and the team discover a cyst that is done growing and shouldn’t cause any issues for the patient. He currently cannot walk but they advise against surgery. He wants to know what his odds are. Later, Hunter lies in his bed with his wife. He tells her that he wants to live a normal life. He wants to talk to the doctor.

Neil meets with Hunter and his wife. The couple argues. She thinks he is gambling his life away and she won’t stand by and watch. She leaves.

Claire gets a page. She comes down to the main entrance. It is her mother. She wants to talk. She admits that she is sick – she needed a mood stabilizer. She is on one now and she wants to try again.

Shaun tests Hunter’s fitness for surgery. The two talk about being accepted for who they are. Shaun asks him if he is the same person he was prior to being stuck in a wheelchair. Hunter tells him if he does walk again he will not forget the lessons that made him who he is.

Marcus informs his patient that the antibiotics are not working. She needs surgery. She doesn’t want it. Her husband tries to talk her into it.

Neil finds Hunter’s wife in the lobby. He tells her about his sister who had a traumatic brain injury. Hunter was his first patient as an attending. There isn’t a guarantee. Neil tells her she is scared to lose him if he does walk again.

The team talks about Hunter’s odds and whether he should have surgery. Shaun mentions his new friend and neighbor Kenny. Park tells him that Kenny has a record. He has been looking into him and Kenny isn’t good for him.

Jessica confronts Barry, the husband of Emma, the woman who won’t have surgery. She wants to know if he is half way out the door or is she?

Hunter’s wife comes back to his room. She tells him she is scared he won’t need her if he can walk again. He reassures her. He loves her and will always need her. Shaun tells Hunter what he said was nice.

Barry goes to see Emma. He tells her she needs surgery. She tells him she can’t do it. He cheated on her before because of how she looked. He confesses he never cheated. He was hiding a gambling addiction. Later, he tells Jessica that his wife will have the surgery.

Shaun tells Claire how great she is. He asks her if she would date someone with a disability. She tells him yes. Everyone has trouble in one area or another. They get called to the OR for Hunter’s surgery. What Shaun said has Claire thinking about her mother.

Hunter is brought to the outside of the OR. He changes his mind for a second. He cannot do this, but his wife tells him he can. He is reassured.

Emma is under in surgery. They work on her breasts. Her heart beat begins to speed up. They paddle Emma. She is having a septic embolism. They start cardiac massage. They lose her.

Meanwhile, Neil cannot get enough of the tissue in Hunter’s brainstem. He begins to die. Neil needs more time.

Barry goes to say goodbye to his wife Emma. The team meets with Hunter. His surgery was a success.

That night, Marcus tells his wife about the day. He tells his wife that he wants to give her kids. There is a surgery he can have. She tells him there are plenty of ways to have kids.

Claire meets with her mother. They talk over coffee. Shaun comes home to find Kenny in his apartment. He bought Chinese and wants to play Mortal Kombat. Shaun is hesitant, but agrees to play.