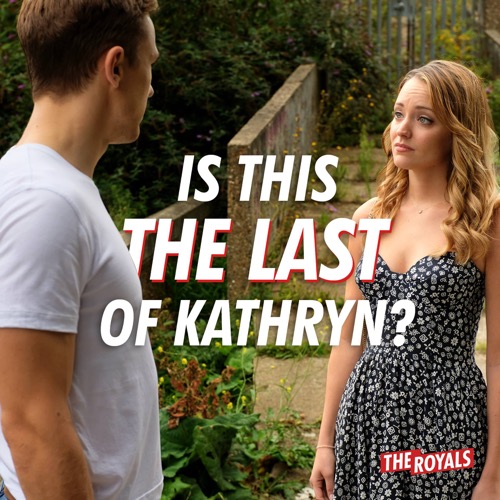 Tonight on E! The Royal’s airs with an all-new Sunday, April 22, 2017, Season 4 episode 8 and we have your The Royal’s recap below.  On tonight’s The Royals season 4 episode 8 called, “In The Dead Vast and Middle of the Night,” as per the E! synopsis, “Eleanor throws Willow a party that spirals out of control; Robert forms a sinister alliance, and Liam proves his loyalty to his brother.”

Robert was getting married and so he wanted to have a stag night with all the usual suspects on tonight’s all-new episode of “The Royals”.

Robert had invited everyone he thought was important. He asked his brother and had even asked his sister’s boyfriend because he knew how important it was to Eleanor that he at least pretend to like Jasper. Jasper, on the other hand, wasn’t going to pretend to like him. Robert was arrogant and self-righteous, so Jasper hadn’t wanted to go his stag night and he asked his girlfriend for help. Eleanor could get out of anything and so Jasper asked her to help get him out this only she didn’t want to. She said it meant a lot that Robert invited him and she was actually excited that one of the happy couples was having something because she knew that the bride was different. Willow hadn’t wanted to have a hen party.

Willow said that someone always does something stupid because they either wanted to prove that they could or they’d had too many drinks. She thought the whole thing was a waste of time and Eleanor had felt so bad about that she decided to change Willow’s mind. Willow was studying up on history as part of her lessons on becoming a queen and, while she had been busy with her lessons, Eleanor went to Queen Helena for help on planning a very low-key hen party. They both knew that Willow wouldn’t want so big thing and thought something small yet tasteful would be right up her alley. So together they came up with a perfect hen party and they later presented it to Willow who had gotten emotional when she saw all that they did.

They got the largest chocolate fountain on earth, ordered some bottles of champagne and they also put together a spa day for just Willow at the palace. It would allow her to unwind and offered her the chance of doing so privately. Willow had loved it! She had taken a glass of champagne and she had been enjoying her message because it also gave her the opportunity to unload on someone. Willow thought the masseuse was a kind stranger and she hadn’t realized it was anything else until the masseuse kissed her on the lips as part of some sick game. The masseuse as it turns out was Cassandra as in the woman that thought she could become Robert’s queen until he told her she was out of the running and so Cassandra had wanted to screw with Willow.

Cassandra kissed Willow because she had put something much bigger into play. She had drugged Willow with LSD knowing that Willow still had to complete her queen tests in order to become queen and unfortunately there wasn’t a miracle cure. Willow had tried to get help and the drugs kicked in before she could. She was actually wandering the halls in nothing but a sheet when Eleanor found her and Eleanor knew her drugs. She could see right away that Willow was on something as powerful as LSD and was smart enough to know that Willow would never willingly take them. She brought Willow to Helena where she told her mother everything and said that Willow needed help.

Helena hadn’t agreed with her daughter on Willow not taking drugs herself because she said she had started out just like Willow and what’s more Helena knew that they couldn’t call for help. She said it was important that the media didn’t find out what happened and that they had to keep Willow contained. Eleanor didn’t see how and so she told her mother that there was no way they could hide it from the council. Helena said that they could if Eleanor watches over Willow. Helena said no one knew more about drugs than Eleanor and that she could get a horse if she kept Willow contained, so Eleanor agreed and then had a hard time watching Willow. Willow had accidentally set herself on fire and had used that distraction to go running around the palace.

Eleanor later found Willow in the cellar where Willow had a sheet over her head and was pretending to be a ghost. Willow was so out of it that she started running away when Eleanor tried to catch her and ran right into a brick wall. Luckily that knocked out Willow and Eleanor used that to carry Willow back to the room with Helena’s help. Helena had asked Eleanor to again watch over Willow and had even said she would sweeten the offer. So Eleanor tried as in truly tried to watch Willow though she later fell asleep and Willow used that to get out again. She wandering the halls again when she hallucinated seeing Cassandra and thought Cassandra called her ugly. And so she tried to drown “Cassandra” in the chocolate fountain, she thankfully stopped when she realized she was drowning Helena.

Willow nearly killed the queen and so Helena told Eleanor she wasn’t going to get that horse. But Willow’s night wasn’t the worst. Robert it seems had brought together the powerful nobles because he wanted to tell them that he wasn’t going allow power to go back to Parliament. He said that he wanted to keep the power with them and that the person at his side had to prove himself. The person that did that turned out to be Liam. Liam had beaten up their uncle Cyrus who claimed Robert was a tyrant and so the two men fought until they had to be pulled away from each other. And that had been enough for Robert to decide his brother should be his right-hand man, only the whole night had been staged.

Liam had been working with Kathryn when they pretended Robert came between them and Liam had also been working with Cyrus when they got into that fight. They were all working together because they knew Robert was a power-mad tyrant that needed to be stopped and with all of them on the same page they knew that they needed to prove Robert caused that blackout in order to disband Parliament. And while Robert didn’t know how bad things were with Liam, he did ultimately learn that Cassandra had gotten back in and that she made Willow doubt him.

Robert tried to fix it and he couldn’t because Willow wanted to know if Cassandra broke in on the night they got engaged then why didn’t he say anything.

Willow had been crap at her final interview, but she told the council the reason she wanted to marry Robert was that she loved him and so now she was questioning if he meant it when he said he cared for her.