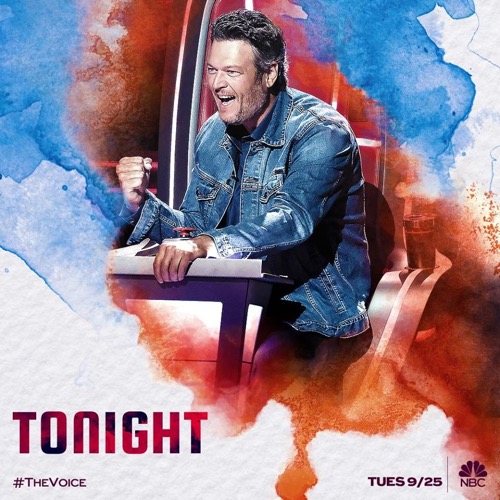 Tonight on NBC’s Emmy Award-winning musical competition The Voice airs with an all-new Tuesday, September 25, 2018, season 15 episode 2 premiere and we have your The Voice recap right below.  On tonight’s The Voice season 15 episode 2, called, “The Blind Auditions Premiere Part 2,” as per the NBC synopsis, “The “Blind Auditions” continue as superstar coaches Kelly Clarkson, Jennifer Hudson, Adam Levine and Blake Shelton all vie to discover and coach the next singing phenomenon in the “Blind Auditions.” The vocalists compete to be selected by one of the coaches and fight for a chance to be named “The Voice.”

Tonight, premiere week continues with coaches: Adam, Blake, Kelly, and Jennifer. The first artist of the night is Keith. He is a park ranger in Tennessee who loves birds. He and his wife just had their first child 7 months ago. After a long maternity leave and time to appreciate and play music, he is ready to try and win a spot on The Voice. He takes the stage. He plays his guitar while singing ‘Way Down We Go’. Blake turns first. Blake then blocks Adam.

Claire is a 17-year-old from Dallas. She has always loved music. She takes the stage as her family watches backstage. Blake turns first. Kelly turns next. Blake is mad. She waited until the last minute. Claire is thrilled when Kelly turns. Blake and Kelly fight it out. She picks Kelly!

Franc West is a 38-year-old who is a pastor’s kid. He learned to sing in church. He went into the Navy and became a dad at 24. Jennifer turns around. He is thrilled. He joins her team.

Michael is a newlywed. He has always loved music and played in bars when he was younger but got into a lot of trouble with partying. He takes the stage with a bluesy sound. Adam turns first, then Blake and Jennifer. They all fight for him. He chooses Blake.

Ele is from Nashville. She works in a cave at a Bluegrass Venue. She is a pop artist in a country scene. She takes the stage and plays the piano while singing. None of the coaches turn. After her song, they tell her what she needs to work on. They want her to come back and try again. She is sent to work with Ellie Goulding to make her return to the Comeback Stage.

It is the last performer of the night. DeAndre Nico plays the drums and the keyboard. He is from Texas. He talks about the hurricane that hit his hometown last year. He recalls the hard times. Living with no food, electricity, and water. His community came together. They will be watching him tonight. He takes the stage. Adam turns first. Jennifer follows. Blake next then Kelly. They all clap and the audience goes wild. Adam makes his case as to why DeAndre should join his team. Kelly and Jennifer try their best but Blake reminds him that he has won the most seasons. He chooses Adam.