The Young and the Restless Spoilers: Abbott Family in Shambles After DNA Shocker Changes Genoa City 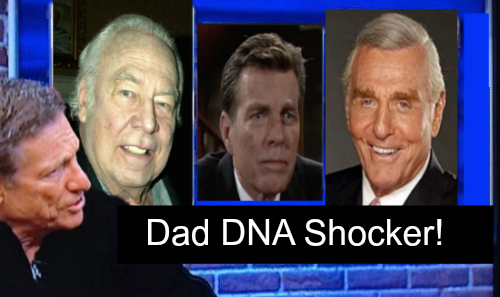 The Young and the Restless (Y&R) spoilers tease that the Abbott family will face major destruction. Y&R fans know Jack (Peter Bergman) has been on a mission to identify his biological father. He thought Phillip Chancellor (Donelly Rhodes) might’ve been his bio dad, but a DNA test disproved that.

Jack even briefly suspected Neil Fenmore could be his real father, but that wasn’t the case either. However, Jack now believes he’s on the right track. Too bad that track’s a horrible one! Jack’s dad may be Albert Miller (George Kennedy), which means he could be Victor’s (Eric Braeden) half-brother. Despite his reservations, Jack will move forward with a plan to prove it.

Of course, that’s sure to bring crazy conflict. During the week of September 24-28, Jack and Victor will deal with a serious bombshell. Although they both suspect they’re siblings, getting actual confirmation could be shocking. If Victor and Jack’s hunch is correct, this is sure to reignite the Newman-Abbott war in a big way.

That could certainly add to the Abbott family’s problems. Thanks to Billy’s (Jason Thompson) gambling addiction and Kyle’s (Michael Mealor) exploitation of it, there are bound to be some Jabot woes. Billy will likely be tossed off the throne soon, so that could leave the company on shaky ground.

To make matters worse, Eileen Davidson will exit the role of Ashley by the end of September. Ash has been keeping a few secrets as well, so she seems poised for a potential fall. After all, Y&R will need some strategy to write Ashley out. Whether Kyle sets a trap or Billy simply retaliates, Ashley could go down.

The Young and the Restless spoilers say Traci (Beth Maitland) will return this week, so she’ll get caught in the looming crisis. We also can’t forget about Dina’s (Marla Adams) declining condition. That’ll add to the high stress levels for most of the Abbott clan.

Kyle may think he’s going to come out smelling like a rose, but he’ll face some issues, too. His history of working with Victor will come back to bite him somehow. Kyle will also have to accept that he could be related to Summer (Hunter King), the very woman he’s been pining for. Luckily, The Young and the Restless is moving him in Lola’s (Sasha Calle) direction. At least Kyle has another option!

Bottom line, the whole Abbott clan will face chaos in the coming weeks. Let’s hope they can come together somehow eventually. We’ll give you updates as other Y&R news comes in. Stay tuned to the CBS soap and don’t forget to check CDL often for the latest Young and the Restless spoilers, updates and news.