BY Kinsley Goldman on May 31, 2018 | Comments: Leave Comments
Related : Soap Opera, Spoiler, Television, The Young and the Restless 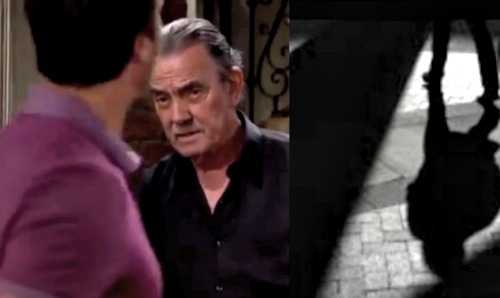 The Young and the Restless (Y&R) spoilers tease that Victor (Eric Braeden) and Nick’s (Joshua Morrow) latest war could lead to a real bombshell. Since Victor’s up to his old tricks again, Nick intends on taking a stand against him. He doesn’t want Christian (Jude and Ozzy McGuigen) to get sucked into this cruel Newman world, so he’ll do whatever he can to protect him.

That could be tough since Victor is exploiting Christian’s paternity and trying to get custody of his grandson. Nick may not stand a chance against his powerful father. Victor could easily pull some strings and make sure this custody battle goes his way. Nevertheless, Nick wouldn’t give up on Christian. He’d do everything he could to keep his son out of vicious Grandpa’s hands.

However, The Young and the Restless could have quite a curveball in mind. Maybe Victor and Nick will both become losers in this showdown while Y&R fans will be big winners. This would be the perfect time for an Adam Newman recast to come back on the scene. Just before the judge delivers a ruling, Adam could show up and announce that he’s taking his boy. He’d be furious with Nick and Victor for feuding over his innocent child.

Of course, that wouldn’t be the only source of anger for Adam. Perhaps he’ll return for his family and realize Chelsea (Melissa Claire Egan) was driven out of town. The only reason she was up to all her conning again was to protect herself from Victor. Chelsea needed extra cash in case everything blew up.

Now that Chelsea’s on the run, Adam may not be able to find her. That means he wouldn’t be able to track down Connor (Gunner and Ryder Gadbois) either. Chelsea’s the kind of gal who really knows how to hide. She also believes Adam’s dead, so she wouldn’t be looking for him. That could make it extremely difficult for Adam to reunite with his loved ones.

Naturally, this would make Adam even more determined to get custody of Christian. He might feel like his youngest son is all he has left. Plus, Adam wouldn’t want Victor or Nick to win here. He could blame them both for Chelsea’s pain as well as his own. A Y&R custody victory would bring at least a little satisfaction for Adam.

Do you think this is the ideal moment for Adam’s comeback? Will he return as a surprise threat to Nick and Victor? The Young and the Restless spoilers say some explosive drama’s looming, so stay tuned. We’ll give you updates as other Y&R news comes in. Stick with the CBS soap and don’t forget to check CDL often for the latest Young and the Restless spoilers, updates, and news.